SAN DIEGO — Hundreds of Hispanic faithful learned from world-class speakers and musicians how they could be “Prophets in Mission” in their own lives and communities.

That’s the title of the conference held Sept. 17 at the Good Shepherd School gym, organized by the diocesan Office for Evangelization and Catechetical Ministry and the Hispanic Commission. Publisher William H. Sadlier sponsored the Spanish-language, day-long event, which included a food and information fair.

Msgr. Eduardo Chávez, executive director of the Institute for Higher Guadalupano Studies in Mexico City, served as the keynote speaker. He shared the history of Our Lady of Guadalupe in Mexico in four sessions, delighting his audience with entertaining anecdotes along the way.

The faithful also heard the moving testimony and music of Tony Meléndez, who overcame being born without arms to become a musician who has played worldwide, including for a pope.  And they were entertained by Diego Cardona, a popular Catholic musician from Colombia, and his band.

Msgr. Chávez shared the history of the Virgin of Guadalupe in Mexico, starting with the social and historical context in which she appeared in 1531 to the peasant Juan Diego.

“Our Lady of Guadalupe does not come alone; Jesus is with her,” he said.

He asserted that Jesus came to Mexico through the Virgin of Guadalupe, given that her image on the cloak of St. Juan Diego indicated that she was pregnant.

“In other Marian apparitions, she is not accompanied. But in Guadalupe, it’s God who asks His mother, ‘Take Me with you because I always want to live among them,” he said.

The Virgin’s home is Tepeyac Hill, where she first appeared, “and then she went to work in other nations,” he joked, referring to countries where she appeared.

Msgr. Chávez spoke about the symbols and messages the Holy Mother brought to the land.

“Her image is a code that the indigenous people as well as the Spaniards understood,” he said. For instance, he said her mantle is a blue-green color, identifying her as nobility, an empress.

Carolina Rosas, from Our Lady of Mt. Carmel Parish in San Ysidro, said she was excited at all she was learning.

“This is beautiful because Msgr. Chávez is a great teacher, a man who is clearly in love with our Holy Mother,” she said, adding that the conference gave her an opportunity to reconnect with so many people after the pandemic.

Along with his music, Meléndez shared his personal life and how God, at the center of it, had helped him and his family overcome adversity.

He was born in Nicaragua without arms because his mother had been prescribed Thalidomide, later found to cause severe birth defects. The family immigrated to the United States in search of a better life for him.

With tenacity and discipline, he began to use his feet as his hands, and not only learned to feed himself and to write, but also to play the guitar.

“When people visited our house and heard music, they asked, ‘Who is playing?’” he said. “When they were told it was me, they just couldn’t believe it.”

He got the opportunity to play before St. John Paul II in 1987, during his visit to Los Angeles.

“Tony, you’re truly a courageous young man; you give all of us hope,” he said the pope told him afterward. “My hope is that you continue giving hope to everyone.” 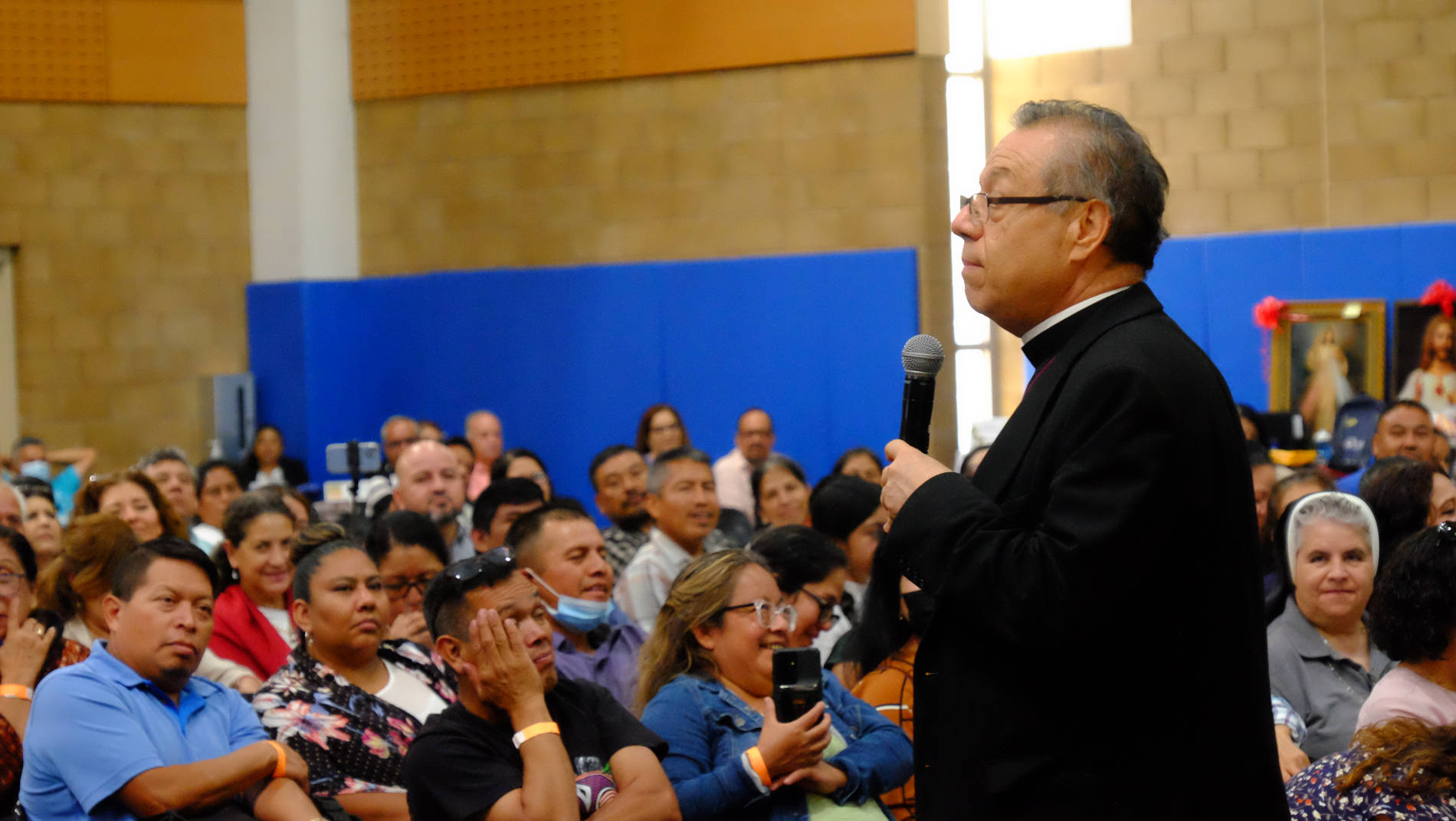 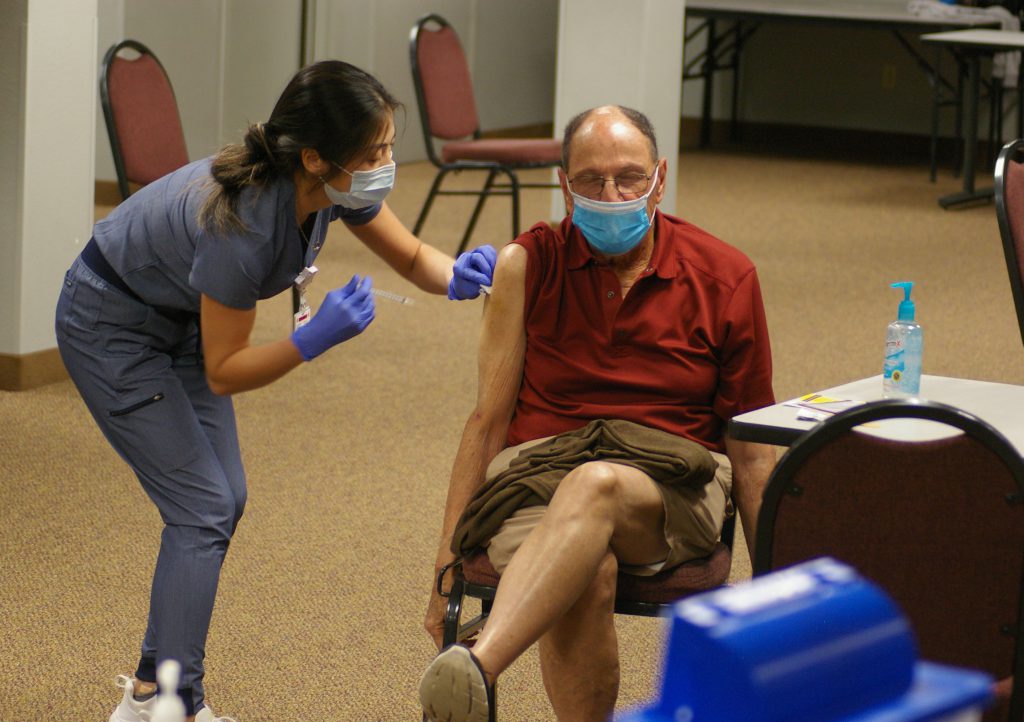 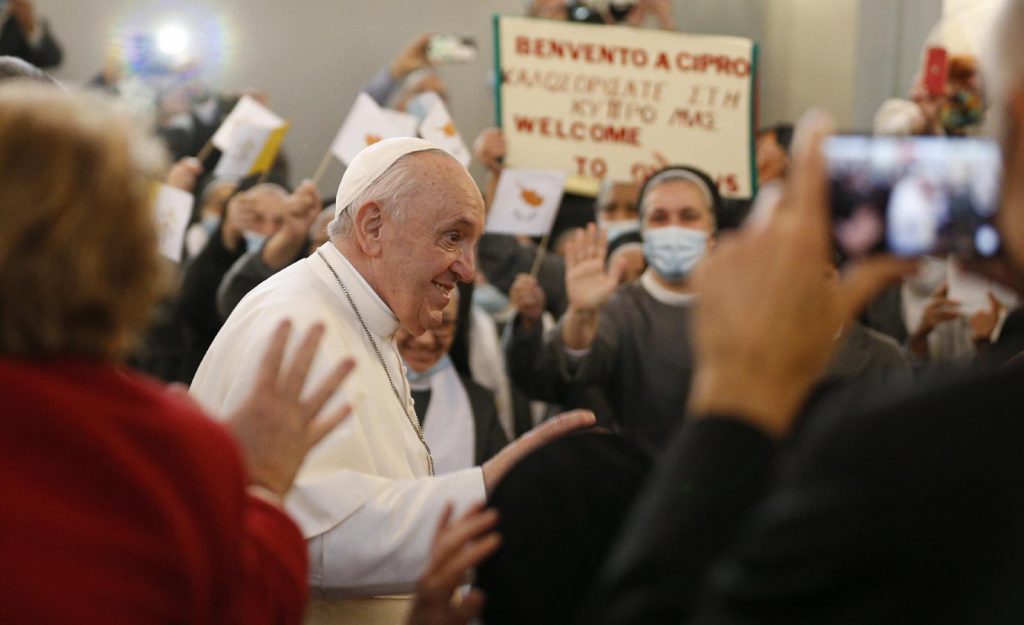 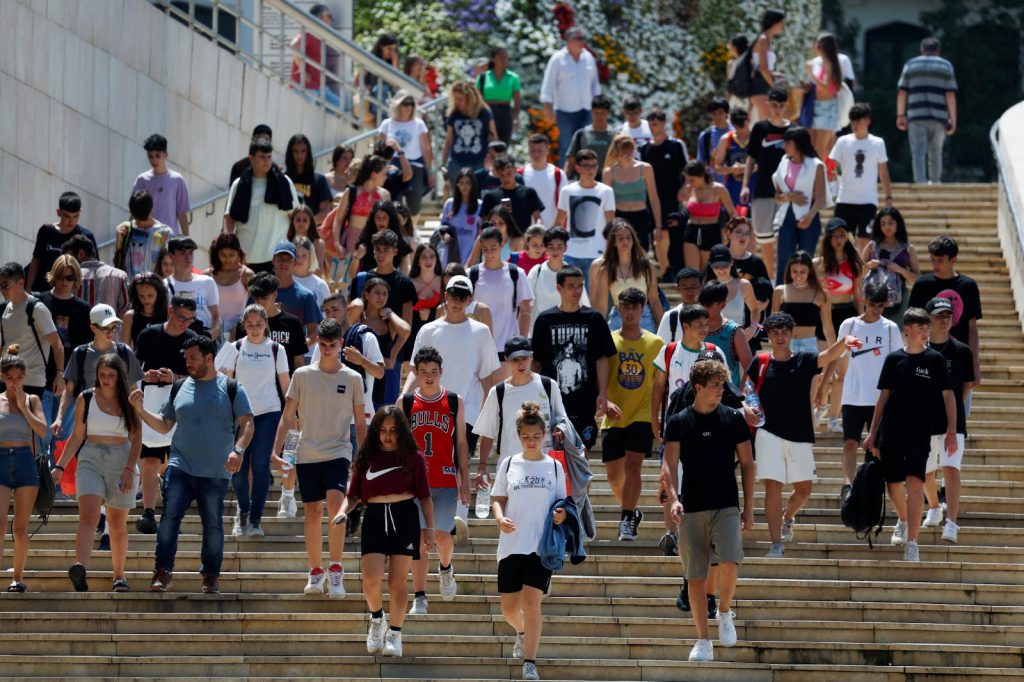