VATICAN CITY  — The Easter liturgies — with the fire, sharing of light from the paschal candle, the renewal of baptismal promises and the proclamation that Jesus has risen — assure people that it is never too late to start again, Pope Francis said.

“It is always possible to begin anew, because there is a new life that God can awaken in us in spite of all our failures,” the Pope said April 3 during his celebration of the Easter Vigil.

With Italy in lockdown due to the COVID-19 pandemic, Pope Francis celebrated a pared-down vigil at the Altar of the Chair in St. Peter’s Basilica with an estimated 200 people present and returned the next morning with a similarly small congregation for Easter Mass and to give his blessing “urbi et orbi” (to the city and the world).

The vigil was simpler than usual, but there still was the blessing of the fire, which blazed at the foot of the basilica’s main altar, and the lighting of the Easter candle. Then, the darkened basilica slowly began to glow with the light of candles being shared by the concelebrants and the faithful present.

In his homily at the vigil, the Pope said the Gospel proclamation of the resurrection and the angel’s invitation to the women at Jesus’ tomb to “go to Galilee” was a call to return to “the place where the Lord first sought them out and called them to follow him.”

Although his followers often misunderstood Jesus and even abandoned him “in the face of the cross,” he still urges them to “being anew,” the Pope said.

“In this Galilee,” the Pope said, “we learn to be amazed by the Lord’s infinite love, which opens new trails along the path of our defeats.”

The Pope said the call to return to Galilee also means to set out on a new path, away from the tomb and from indulging in grief.

Like those at the tomb, he said, “many people experience such a ‘faith of memories,’ as if Jesus were someone from the past, an old friend from their youth who is now far distant, an event that took place long ago, when they attended catechism as a child.”

“Let us go to Galilee, then, to discover that God cannot be filed away among our childhood memories, but is alive and filled with surprises,” he said. “Risen from the dead, Jesus never ceases to amaze us.”

The call to go to Galilee — a region inhabited by “those farthest from the ritual purity of Jerusalem” — is a reminder for Christians to go out to the peripheries and imitate Jesus who brought the presence of God to those who were excluded.

“The Risen Lord is asking his disciples to go there even now, to the settings of daily life, the streets we travel every day, the corners of our cities,” the pope said. “There the Lord goes ahead of us and makes himself present in the lives of those around us, those who share in our day, our home, our work, our difficulties and hopes.”

Pope Francis said Jesus calls on all Christians today to “overcome barriers, banish prejudices” and to recognize the Lord “here in our Galilees, in everyday life.”

“If on this night, you are experiencing an hour of darkness, a day that has not yet dawned, a light dimmed or a dream shattered,” he said, “open your heart with amazement to the message of Easter: ‘Do not be afraid, he has risen! He awaits you in Galilee.'”

As is customary, Pope Francis did not preach at the Easter morning Mass, which featured the chanting of the Gospel in both Latin and Greek.

With Italy on another lockdown because of the COVID-19 pandemic, the pope gave his Easter blessing “urbi et orbi” (to the city and the world) standing inside St. Peter’s Basilica rather than from the balcony overlooking a full St. Peter’s Square.

“The Easter message does not offer us a mirage or reveal a magic formula,” the Pope said before giving the blessing. “It does not point to an escape from the difficult situation we are experiencing. The pandemic is still spreading, while the social and economic crisis remains severe, especially for the poor.”

The Pope offered prayers for the sick and those who have died of COVID-19 and for the doctors and nurses who have made “valiant efforts” to care for the pandemic’s victims.

And he had special words of Easter hope for young people struggling in isolation from their friends. “Experiencing real human relationships, not just virtual relationships, is something that everyone needs, especially at an age when a person’s character and personality is being formed,” he said.

“I express my closeness to young people throughout the world and, in these days, especially to the young people of Myanmar committed to supporting democracy and making their voices heard peacefully, in the knowledge that hatred can be dispelled only by love,” he said.

Pope Francis prayed for many places in the world where the need to fight the pandemic has not silenced the weapons of war and violence.

“This is scandalous,” he said. “Armed conflicts have not ended and military arsenals are being strengthened.”

The Gospel witnesses to the Resurrection, he said, “report an important detail: the risen Jesus bears the marks of the wounds in his hands, feet and side. These wounds are the everlasting seal of his love for us. All those who experience a painful trial in body or spirit can find refuge in these wounds and, through them, receive the grace of the hope that does not disappoint.”

“May the light of the risen Jesus be a source of rebirth for migrants fleeing from war and extreme poverty,” he prayed. “Let us recognize in their faces the marred and suffering face of the Lord as he walked the path to Calvary. May they never lack concrete signs of solidarity and human fraternity, a pledge of the victory of life over death that we celebrate on this day.”

And, while the pandemic restrictions meant simpler and smaller Vatican celebrations of Easter, Pope Francis noted that in many places the limitations are stricter and even prevent people from going to church.

“We pray that those restrictions, as well as all restrictions on freedom of worship and religion worldwide, may be lifted and everyone be allowed to pray and praise God freely,” he said.

Calling again for a fair and speedy distribution of COVID vaccines, the Pope said that “in embracing the cross, Jesus bestowed meaning on our sufferings, and now we pray that the benefits of that healing will spread throughout the world.” 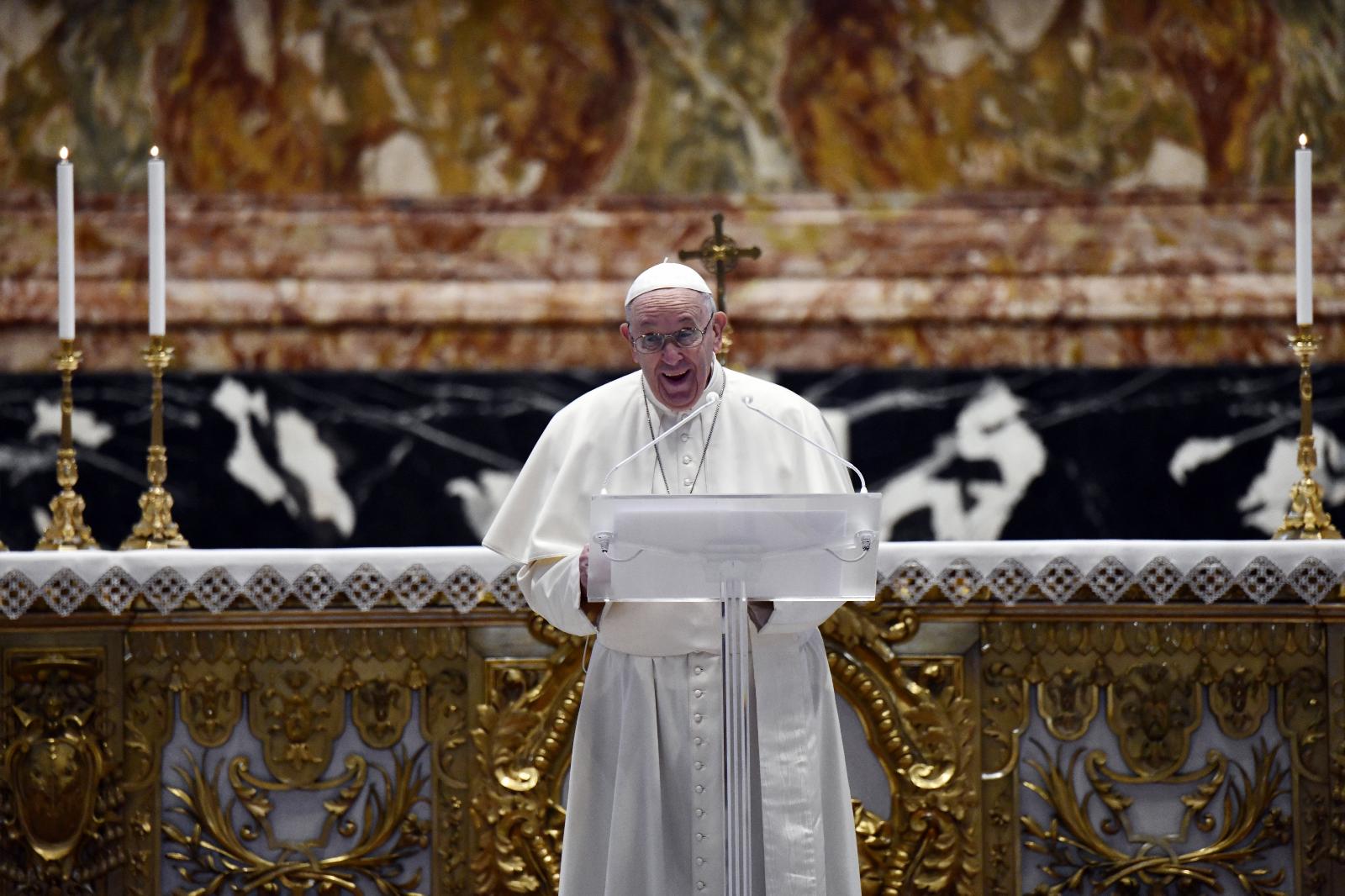 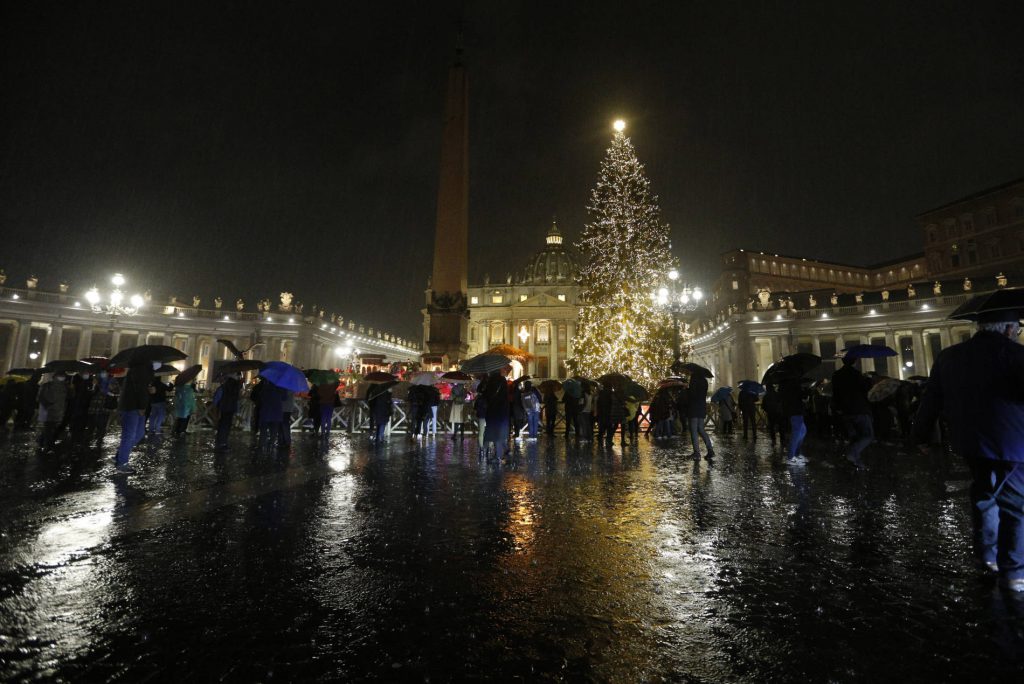 Christmas is time for sharing, not commercialism, pope says 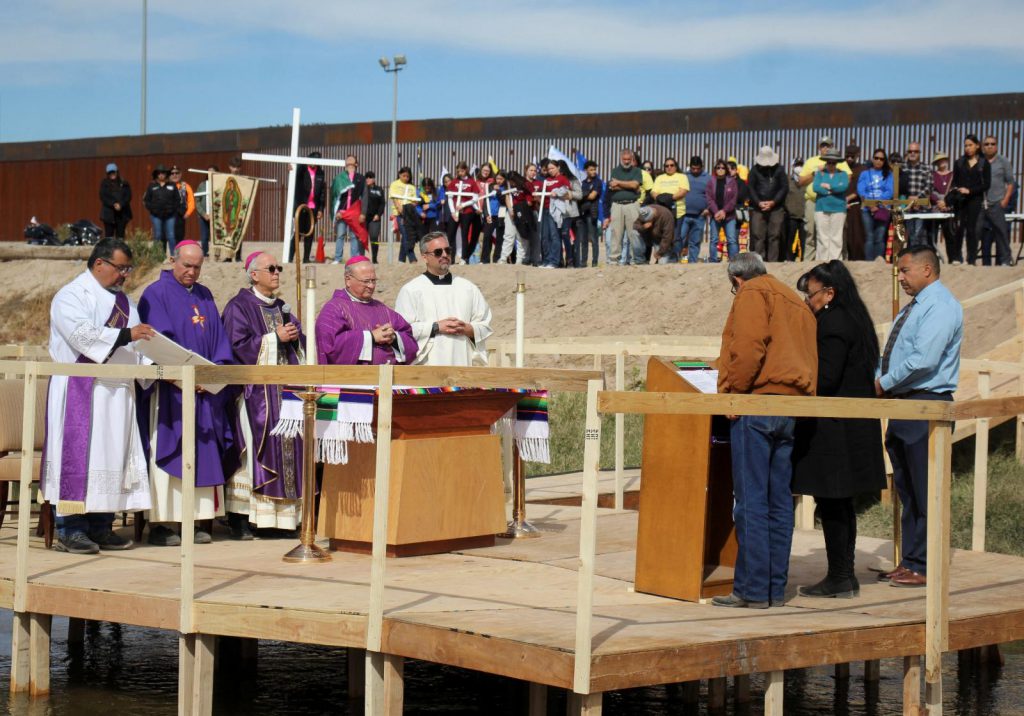 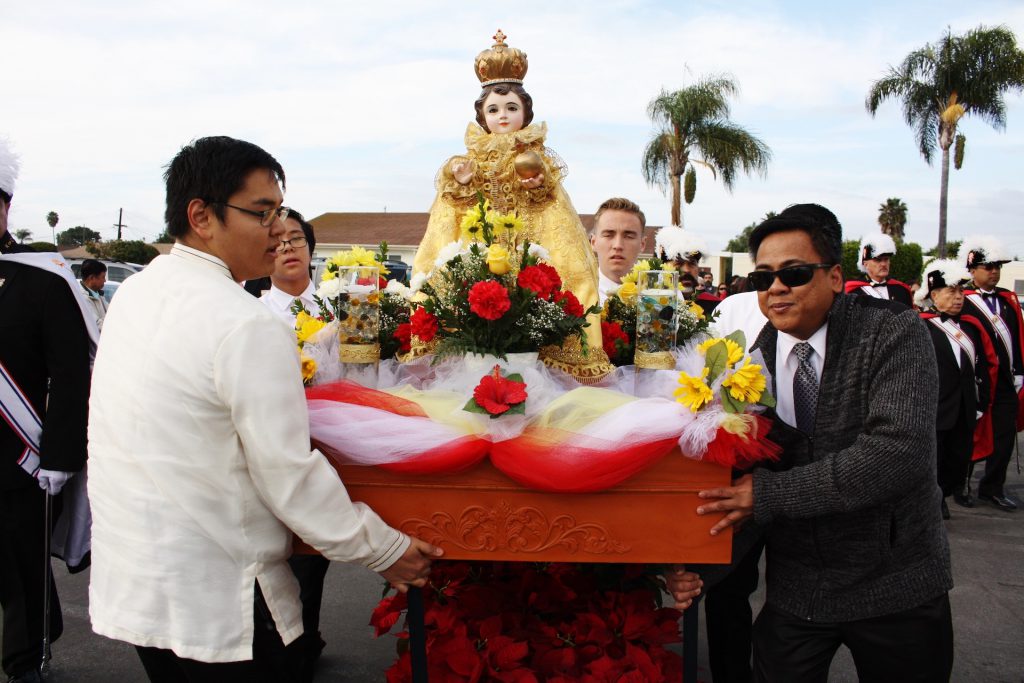 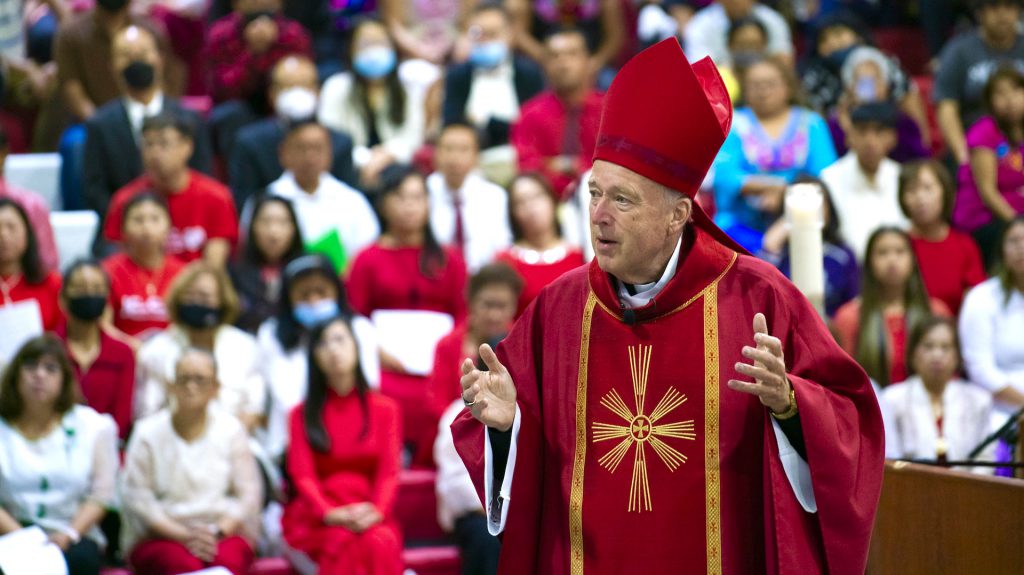 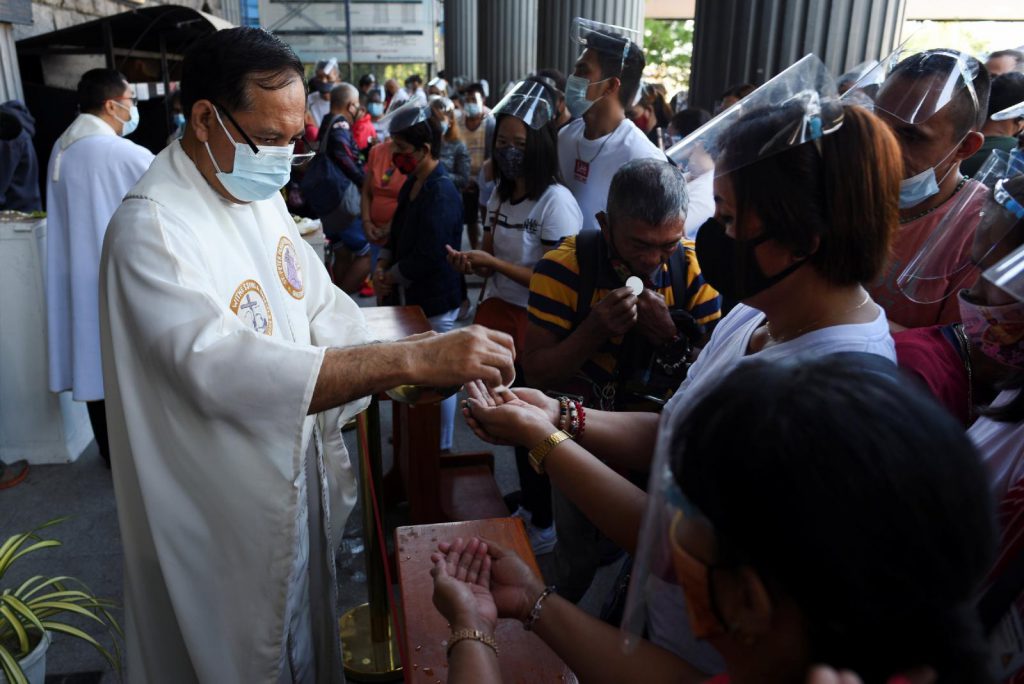 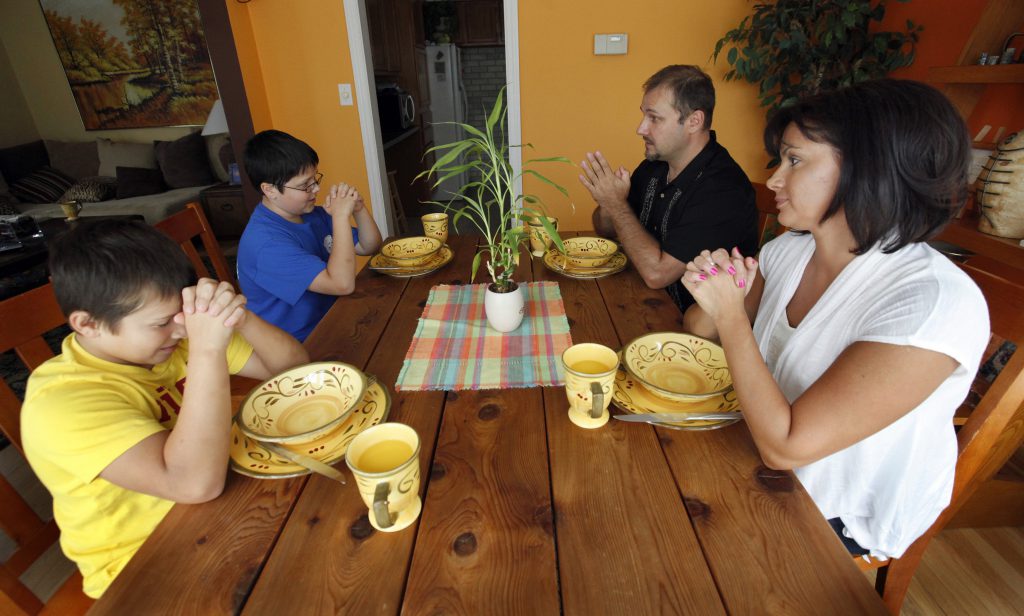