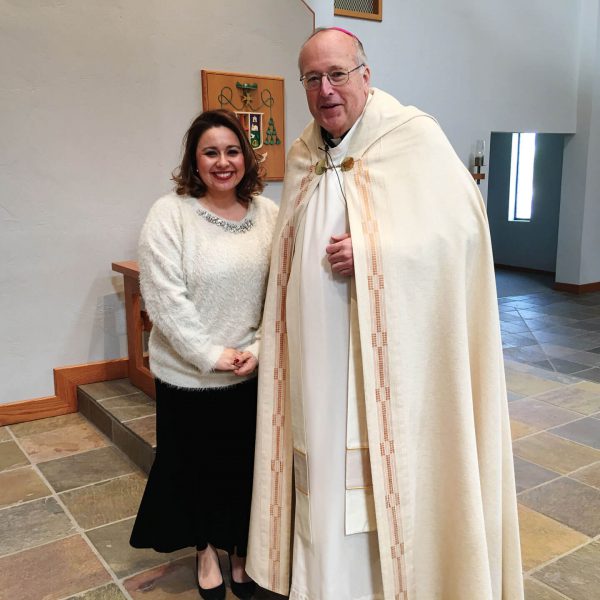 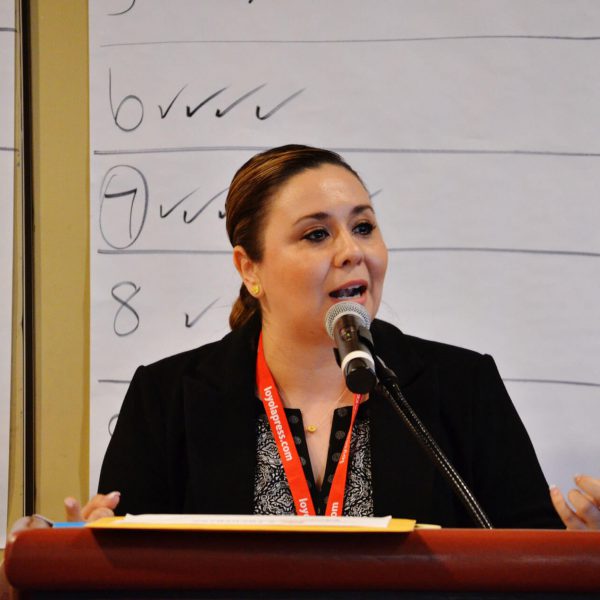 “This appointment reflects the central role these ministries have on the life of our Local Church,” the bishop said. “Her preparation, proven administrative leadership and her palpable joy for the work of our Lord make her the right choice for this new role.”

The appointment comes at a time when the diocese is focused on reaching more Catholics, particularly those no longer practicing their faith. A new Office for Family Life and Spirituality opened last summer to meet the distinct needs of today’s families. The diocese is in the middle of a four-year national initiative to better serve Latino Catholics, called the V National Encuentro of Hispanic Ministry. And more innovative programing to engage young Catholics is being offered.

Galván, 35, is perfectly suited to champion all of these efforts, having worked her way up from part-time secretary to one of the highest lay positions at the diocese.

For the Chula Vista native, the daughter of Mexican immigrants, that journey began in high school when she responded to the call of being catechist at her home parish of St. John of the Cross in Lemon Grove.

And it continued while she obtained a degree in Business Administration, with a focus on real estate, an industry where she would work for almost 10 years.

“During that time, I was discerning the direction I wanted to go.”

That direction kept tugging her toward Church ministry. She took a job as the secretary in the Office of Hispanic Affairs at the diocese. Then came an opportunity to work as an administrative assistant for the Office for Youth and Young Adult Ministries, where she would spend 6.5 years. A diocesan director who served as her mentor at the time recommended she pursue an advanced degree if she wanted a career in professional pastoral ministry.

For the next three years, she commuted to Los Angeles once a week to attend classes at Loyola Marymount University, where she earned a master’s degree in Pastoral Theology, with an emphasis in Pastoral Leadership. All the while, she continued to work full-time at the diocese.

She was appointed to serve as the associate director of the Office for Evangelization and Catechetical Ministry and two years later as its director. The office oversees certification and pastoral and spiritual formation of parish catechetical leaders and catechists. And it supports all parish-based formation (pre-kindergarten to eighth grade), infant baptism, RCIA, evangelization and adult faith formation.

Galván has an upbeat personality. She’s friendly, always ready with a positive comment. Her 1,000-watt smile lights up any conversation and her hearty laughter usually precedes her arrival into any room.

She’s all business, however. In fact, she said that her business administration background as a realtor has helped her along the way.

“I learned how to build relationships with all types of personalities from all types of cultures,” she said. “That’s tremendously helpful in ministry.”

Galván has leading roles in regional and national organizations, including serving as the diocesan directors’ representative for the Southern Province of Region XI of the U.S. Catholic Church, and Diocesan Directors Forum Animator for the National Conference for Catechetical Leadership.

Hoffsman Ospino, Director of Graduate Programs in Hispanic Ministry at Boston College, has known her for two years. He was struck by her leadership ability as well as the depth of her understanding of pastoral life. Frequently, one meets people who are good administrators but have limited pastoral sensitivity, he said. Others have a great pastoral capacity but little administrative experience.

“Marioly is one of those few who can do both well, and she does it in English and Spanish,” he said. “In that sense, she’s a great blessing for the Catholic community of San Diego.”

The fact that she has become the first woman chancellor in the diocese is not lost on her.

“I think it speaks volumes of the presence of lay women in ministry, and specifically in leadership roles like this one,” she said. “It’s very humbling for me. I recognize what a huge responsibility it is.”

Her appointment follows a trend of the Church embracing more women, including laity, in leadership roles. Ospino, a national lecturer on the history of the Catholic Church, said that the number of women who serve as chancellors has been growing across the country but it’s still small. (In California, however, nine out of 12 dioceses have women chancellors, four of them religious women.)

As chancellor, a canonical position, she will ensure that all of the official acts of the bishop and diocese are properly documented and stored. And as director of Pastoral Ministries, she will work to guide and support the individual departments reporting to her as well as expand their collaboration among them.

“There is always room to grow and to do things better and improve our methods of outreach,” she said.

Galván is acutely aware of the crisis confronting the Catholic Church in the United States: About half of adults who were raised as Catholic have left the Church at some point. And, among those Catholics who leave the Church, three-fourths do so between the ages of 10 and 20.

“We need to be creative and innovate ways of fostering a culture of welcome,” she said. “We need to think outside the box of how we minister and respond to the needs of our Local Church.”

Professor Michael Horan, from Loyola Marymount University, was Galván’s thesis adviser. He noted that the work of chancellor is “complex, sensitive, multi-faceted and challenging — this is the case for all dioceses today.”

“We have in Ms. Galván an example of organic growth in lay ministry, from the pews to diocesan leadership,” the professor said. “She possesses the experience, education, spirituality and skill set to meet the challenges.”

What’s the secret to her success?

“As a pastoral leader, I listen to people. It’s important to find out their story. I believe in the ministry of being present, listening to people’s witness, to their struggles, to their moments of triumph … This helps me understand what they are yearning for.”

She said she’s been “enormously blessed with how much I’ve learned” from the people she has served, from children to older adults.

“It’s a gift to witness the effects the pastoral efforts have made in the lives of the faithful we serve; yet knowing there is still so much more we can still do,” she said, particularly to reach those in the peripheries of society.

She said she has always had “a very strong calling to serve people.”

“I believe I’ve done that along the way, in and through the different roles and capacities I have assumed. I am humbled and absolutely overwhelmed with gratitude and joy for this new appointment. I look forward to continuing to serve the richly diverse Church in the Diocese of San Diego.” 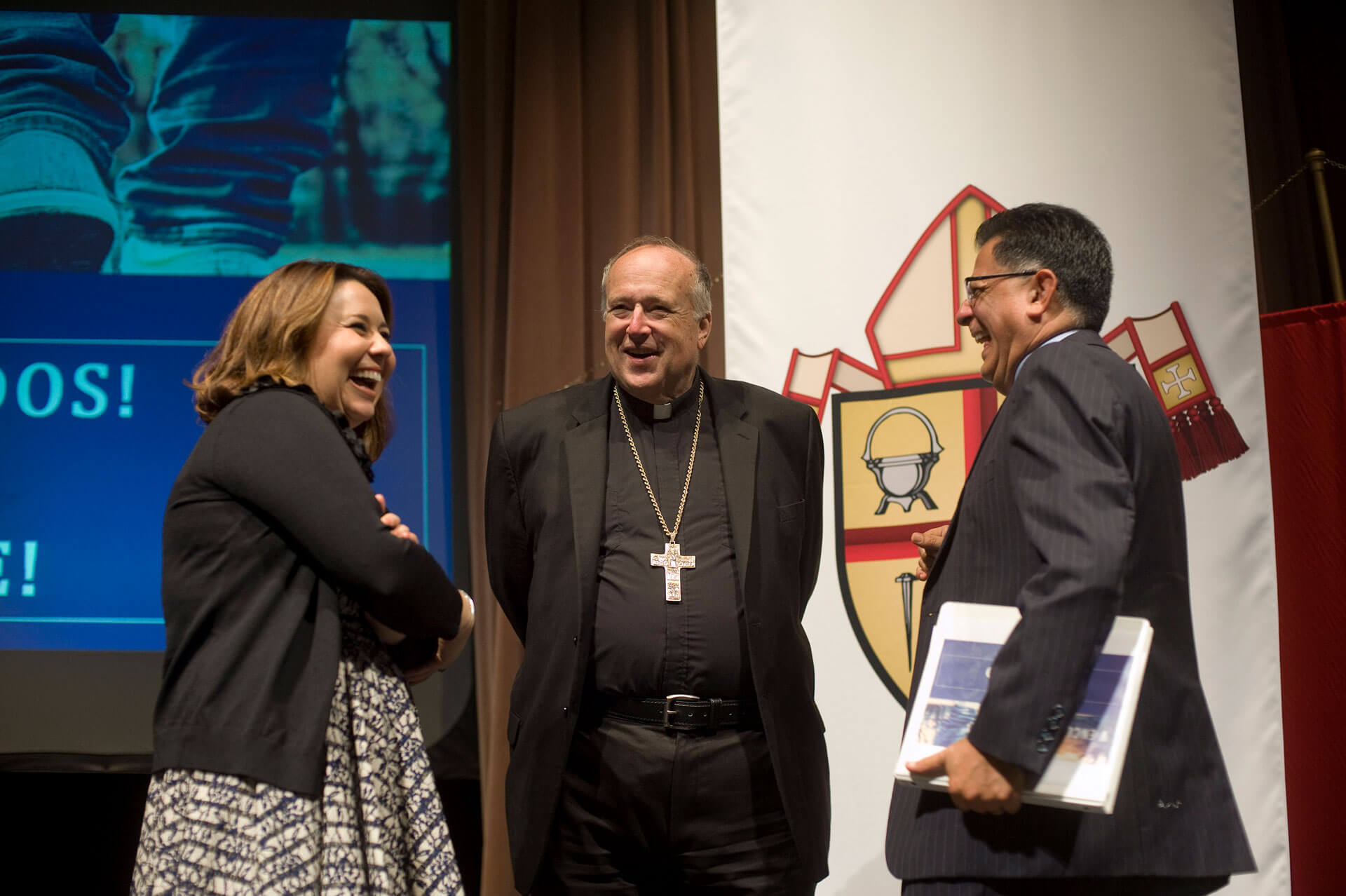 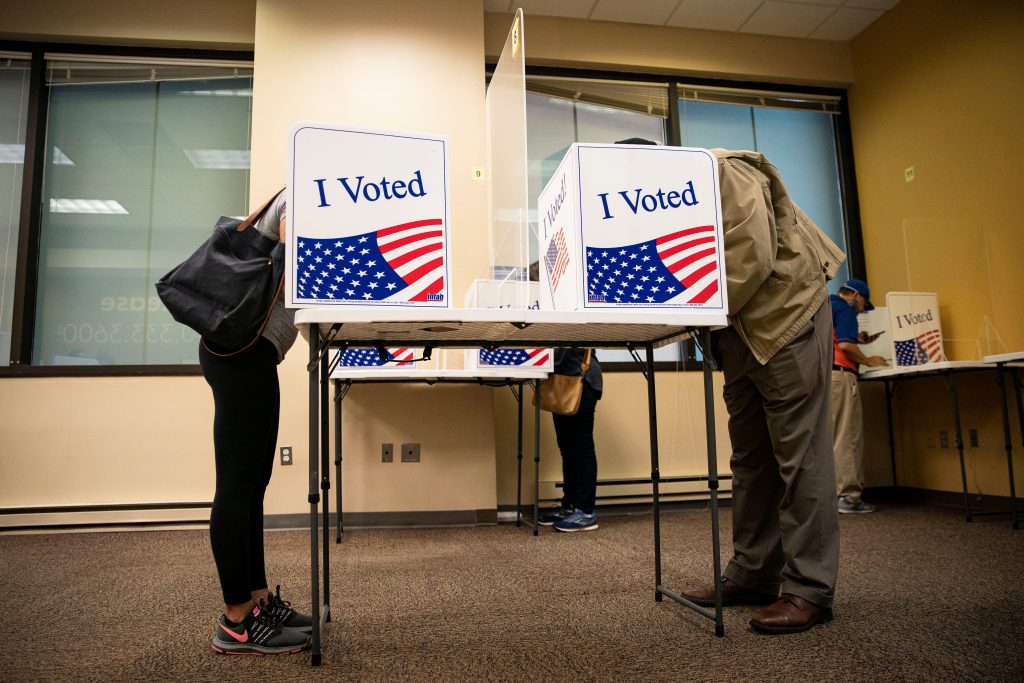 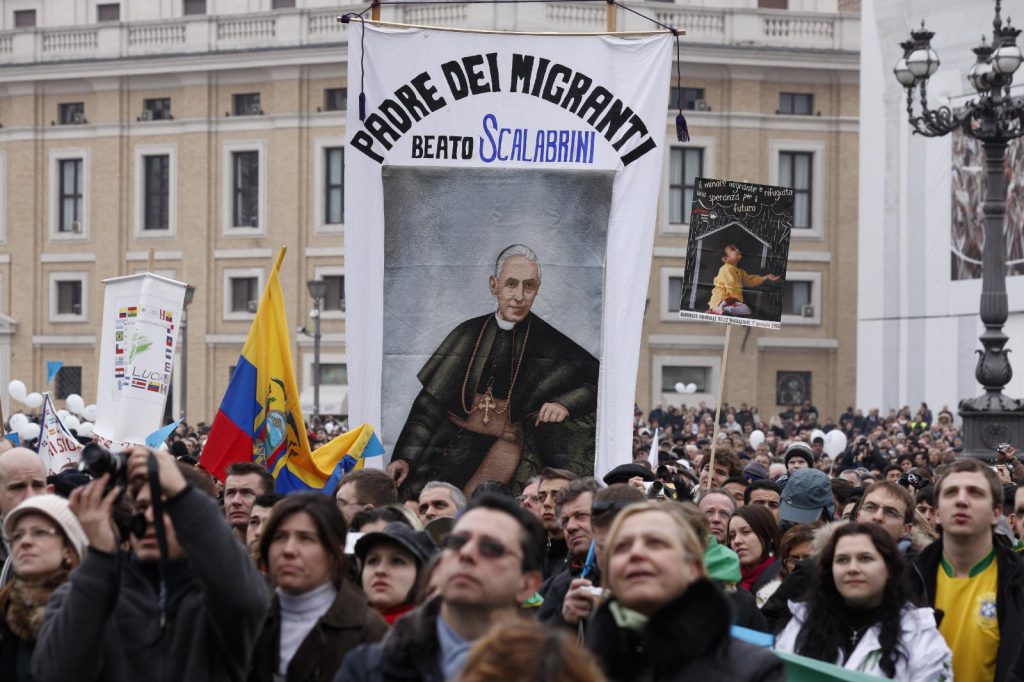 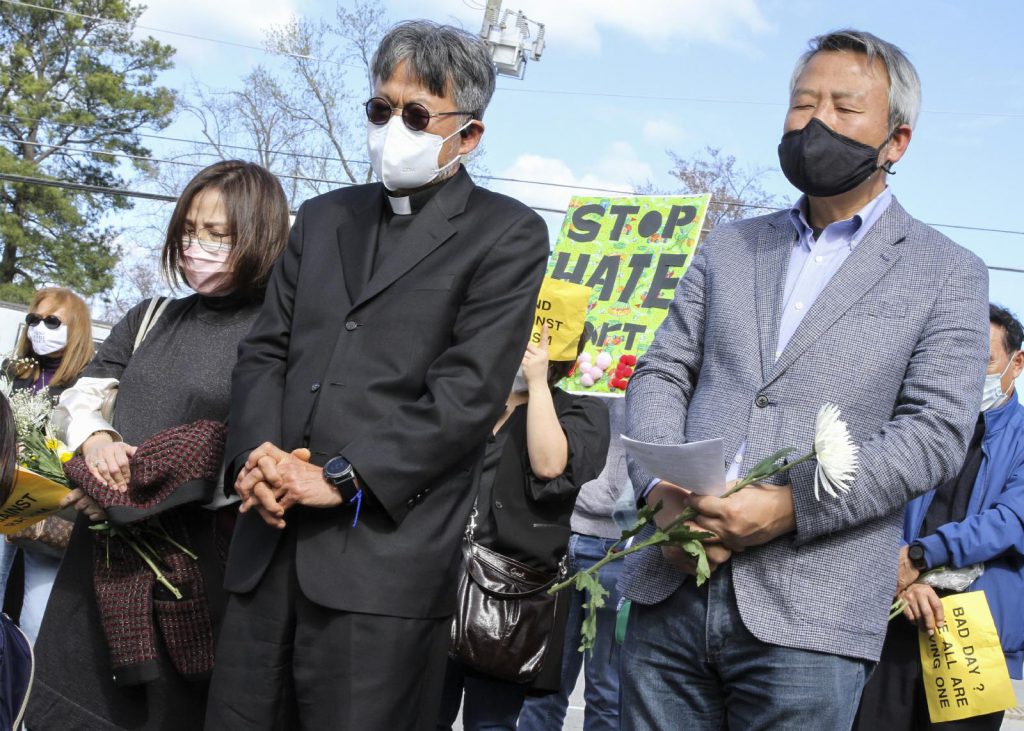 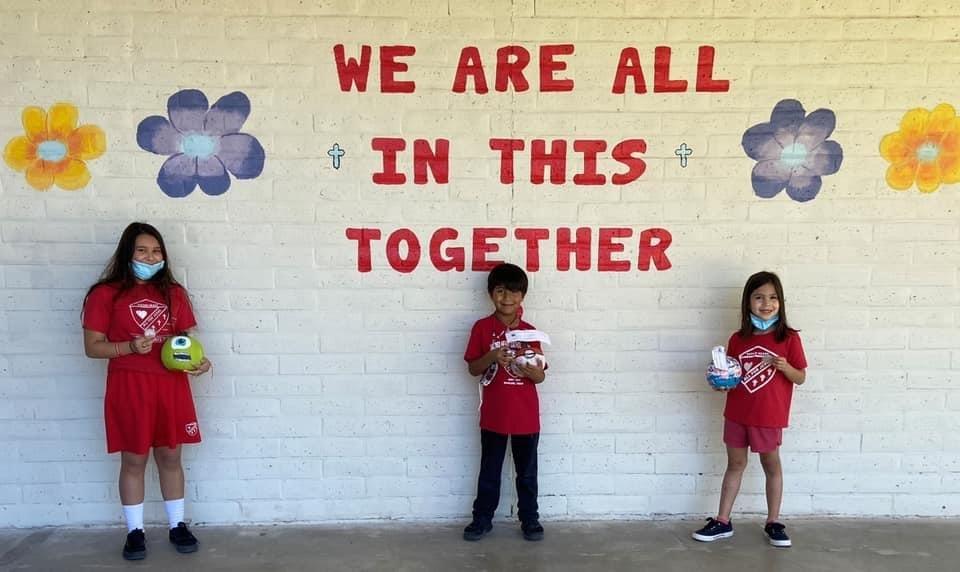 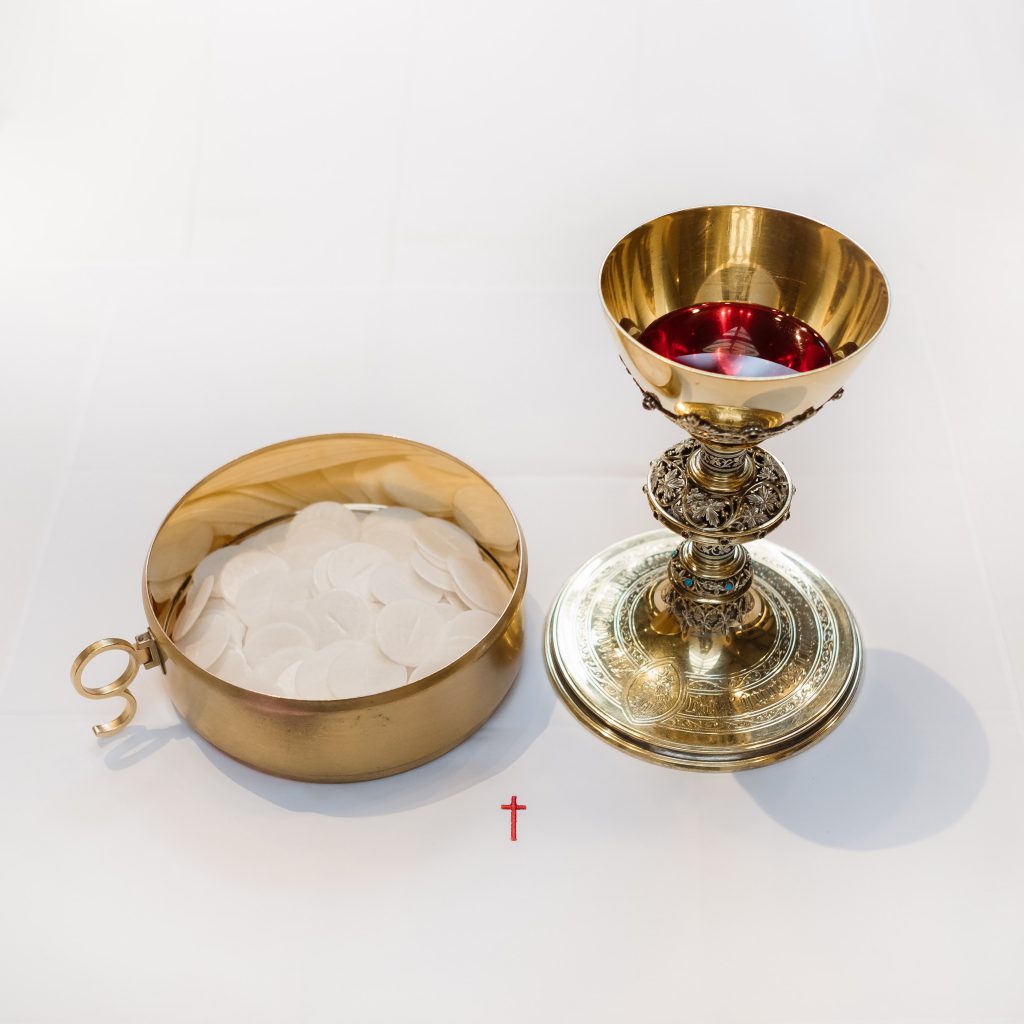 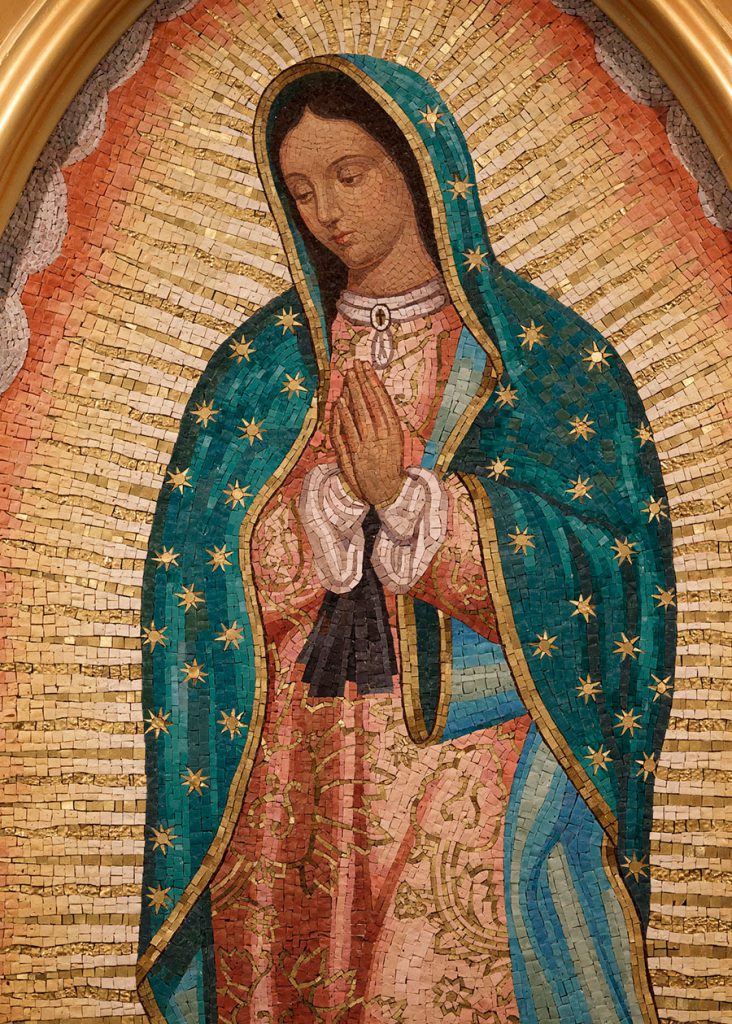