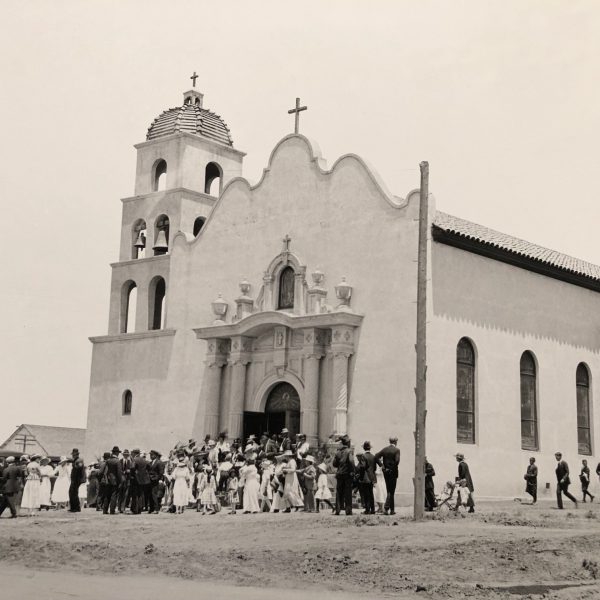 SAN DIEGO – On Sunday, July 14, Immaculate Conception Parish will commemorate the 100th anniversary of its church dedication.
Auxiliary Bishop John P. Dolan will preside over the 10 a.m. Mass, with the parish’s pastor, Father Michael Sinor, concelebrating. A barbeque organized by the Knights of Columbus and featuring live music will follow.
“The 100th anniversary of the dedication of the church points to something much larger than just a church building,” explained Father Sinor. “The church is a sign of the mystery of Christ’s dying and rising being lived and celebrated by generations and generations of people here in San Diego.”
In July 1849, the nascent town of San Diego received its first resident Catholic pastor, Father John Holbein, who on Sept. 29, 1851, laid the cornerstone for the Old Adobe Chapel. The chapel would be dedicated on Nov. 21, 1858, to the Immaculate Conception of the Most Blessed Virgin.
The cornerstone for the present-day Immaculate Conception Church was laid on July 16, 1869. Owing to a lack of funds, construction halted from 1869 through 1914, when it was decided to demolish the incomplete building and use the bricks to construct an entirely new church building.
On July 22, 1917, the new church opened and the first Mass was celebrated inside.
Because San Diego was then part of the massive Diocese of Monterey-Los Angeles, it was some time before Bishop John J. Cantwell could travel south to dedicate the new structure. The dedication took place on July 6, 1919.
In 1930, the Old Adobe Chapel was razed for street alignment and rebuilt in 1937 by the Works Progress Administration. (It was reopened and blessed on Dec. 8, 2004, by Immaculate Conception’s then pastor, Msgr. Mark Campbell.)
The church underwent an $800,000 seismic retrofit from 1997-1998, after which it was rededicated on June 12, 1998. The parish courtyard was remodeled from 2014-2016.

Immaculate Conception Church, whose bell tower includes one of the original bells from Mission San Diego, is home to almost 450 registered parishioners. The diverse community includes Filipino, African-American, Pacific Islander, Polish and Italian Catholics.
“This is not really a geographical parish, as people come here from many parts of San Diego County to worship,” Father Sinor said.
Thanks to the church’s location in historic Old Town San Diego, a major tourist attraction with a lot of foot traffic, he added, “We also have a great many visitors from different parts of the world that join us for Mass on the weekends.”
“I like the simplicity of the small community,” said Marie Whitman, 76, who has been a parishioner since 1978 and, among other ministries, has been an active member of the parish’s Rosary Group for more than 10 years. “We know each other by name. This is home.”
Michael Cerda, 81, is a lifelong parishioner. Born and raised in the Old Town area, his family once lived in what is now the San Diego Union Building in Old Town State Park. He was an altar boy and received the sacraments of baptism, first Communion and confirmation at Immaculate Conception Church. He described the parish as “the center of my childhood.”
“Don’t ever tear it down,” he said, when invited to reflect on the parish’s future. “I love this church.”
Father Sinor expressed hope that the parish community would “continue to respond to both the challenges and graces that the Lord blesses us with as disciples.”
“What was started as a seed of faith generations and generations ago has blossomed into a community that encompasses believers from around the world,” he said. “We are a small parish but we reflect in our own small way the Holy Spirit’s work in our world.” 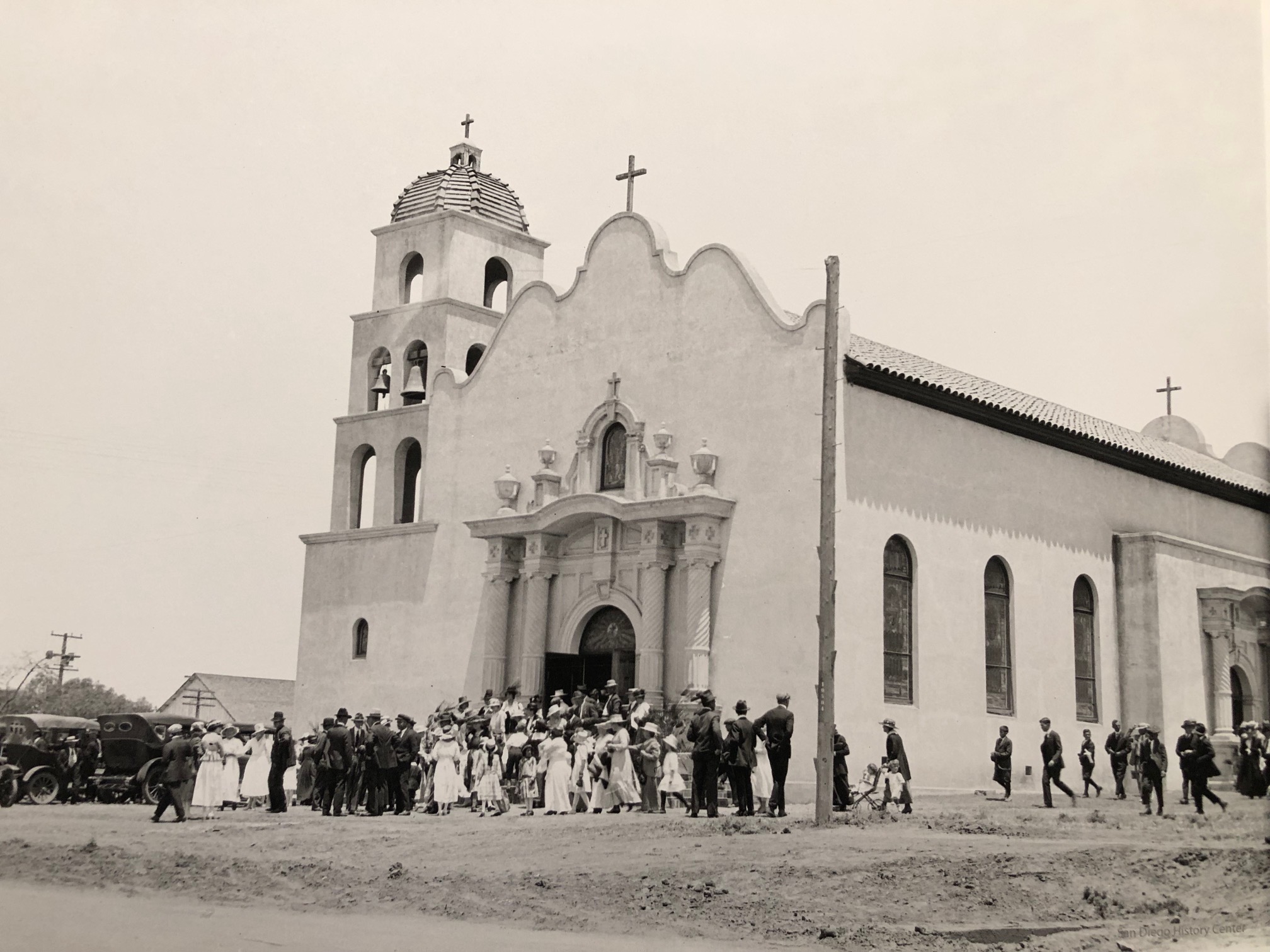 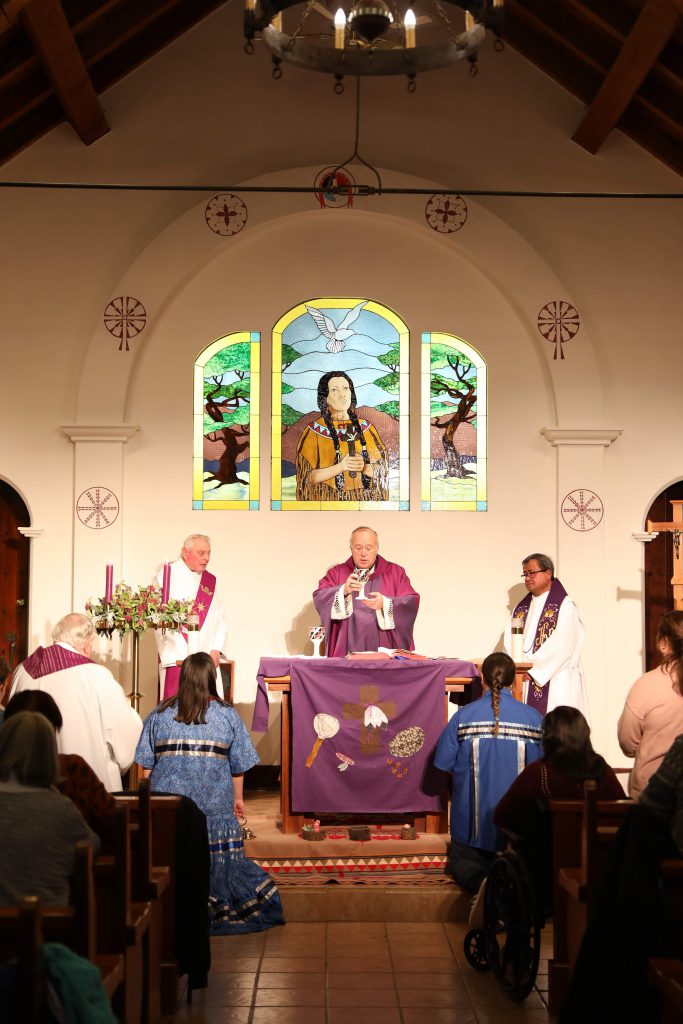 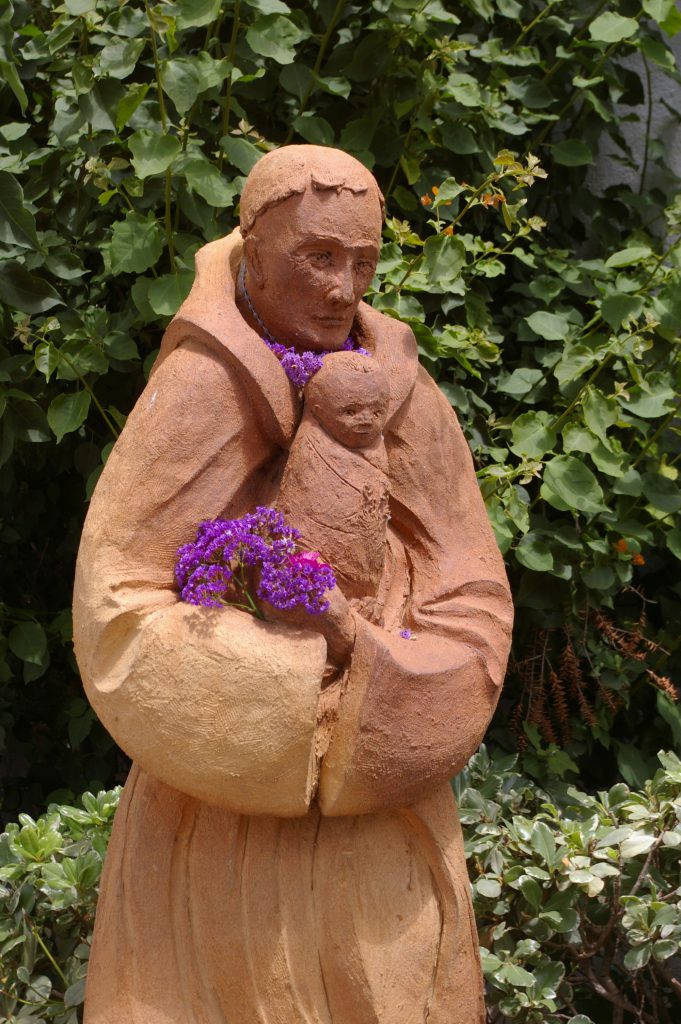