SAN DIEGO — After two years of construction, a 14-story affordable housing project in downtown San Diego has opened on schedule and on budget.

Saint Teresa of Calcutta Villa, located at the corner of 14th and Commercial streets, represents the first new construction undertaken as part of Father Joe’s Villages’ Turning the Key initiative.

A ribbon-cutting ceremony was held Feb. 10, with Auxiliary Bishop John Dolan blessing the new building. Residents were able to move into their new homes beginning in early January.

Deacon Jim Vargas, president and CEO of Father Joe’s Villages, expects the building to be fully leased by the end of March.

Through its Turning the Key initiative, which was announced in early 2017, Father Joe’s Villages set a goal of introducing 2,000 affordable housing units in San Diego through a combination of new construction and the acquisition and refurbishment of local motels.

In 2020, Father Joe’s Villages purchased what had been an EZ-8 Motel in the Otay Mesa area and transformed it into Benson Place, an 83-unit affordable housing project.

With the opening of Saint Teresa of Calcutta Villa, the initiative is another 407 units closer to its goal.

One of those units is now home to Janos Szilagyi, 40, who spoke with The Southern Cross a few days before his Feb. 14 move-in date. He had been homeless for four years.

“I tried finding help, but I didn’t know where to go … I was stuck, and I had no idea that there was help like this that was going to come my way,” he said.

Szilagyi has been disabled since age 8, after being hit by a car. The accident left him with one functioning arm; he is unable to open his right hand. That disability made him even more vulnerable during his years of homelessness.

Deacon Vargas recalled an encounter he had with two of the building’s future residents while it was under construction. The deacon had been about to lead a tour of the site, when he was approached by an “elated” man and his daughter. The man shared that he and his daughter had been approved to live at Saint Teresa of Calcutta Villa.

“He told me that he was so happy that he would be able to provide a home, finally, for his daughter,” said Deacon Vargas. “It more than warmed my heart. It brought tears to my eyes.”

The majority of the units in the $145-million high-rise are studio apartments, but there are also 24 one-bedroom and 26 two-bedroom apartments. Eighty of them are designated for veterans and 270 for those with disabilities.

There is community space on each level of the building. There are also five outdoor gardens, including one where produce can be grown; a children’s playground that boasts a view of the Coronado Bridge; pet-relief areas; and a large multi-purpose room that opens to a large barbeque area.

Residents also will have access to a host of comprehensive services offered by Father Joe’s Villages, including those provided by its health center, employment and education services, and therapeutic childcare center.

“It’s not just a matter of providing these homes,” explained Deacon Vargas. “It’s a matter of helping individuals to retain their homes.”

He explained that San Diego has the fifth-largest homeless population in the United States, and the average market-rate studio apartment here can range from $1,500 to $2,000.

When the Turning the Key initiative was first announced, he said, there were “naysayers” who thought the focus on affordable housing was “misguided,” given the immediate need of taking people off the streets and how long it can take to create new affordable housing.

Deacon Vargas said that Father Joe’s Villages continues to offer more homeless shelter beds than any other homeless services provider in the county and that creating affordable housing helps to free those beds for homeless individuals still sleeping on the streets.

“Housing is what breaks the cycle of homelessness,” he said.

“At the end of the day, a shelter is not a home,” explained Deacon Vargas. “A home is what we work towards, and that’s what Saint Teresa of Calcutta (Villa) provides.”

Deacon Vargas acknowledged that creating affordable housing does take time, noting that it took three years before ground was broken on Saint Teresa of Calcutta Villa and another two years of construction.

Future projects are currently in the works, although none of them are as large as the 14-story Saint Teresa of Calcutta Villa, which is expected to house about 550 people at full capacity.

Plans for a second 14-story building, which was to be located at the intersection of 13th and Broadway and provide another 270 units of affordable housing, were abandoned after it was determined that the project would not be financially feasible.

Father Joe’s Villages has identified four sites for new construction, as well as a few motels with potential to be refurbished. Each of these would provide between 80 and 120 new units of affordable housing.

Deacon Vargas said it will be a while before any of these are ready to welcome their first residents.

He estimates that it might be as long as two years before ground is broken at the construction sites and perhaps another 12 to 18 months before construction is finished.

Similarly, Father Joe’s Villages is still early in negotiations for purchasing the motels, he said. If those negotiations are successful, there will still be a yearlong capital campaign before the refurbishment can begin, meaning that it would probably be a minimum of two years before these units could be available.

But Deacon Vargas is undaunted by the lengthy process.

“It doesn’t matter how long it will take. With God’s help – always with God’s help – we’ll get this done, because we need to get it done. There’s a dire need for it in the County of San Diego.” 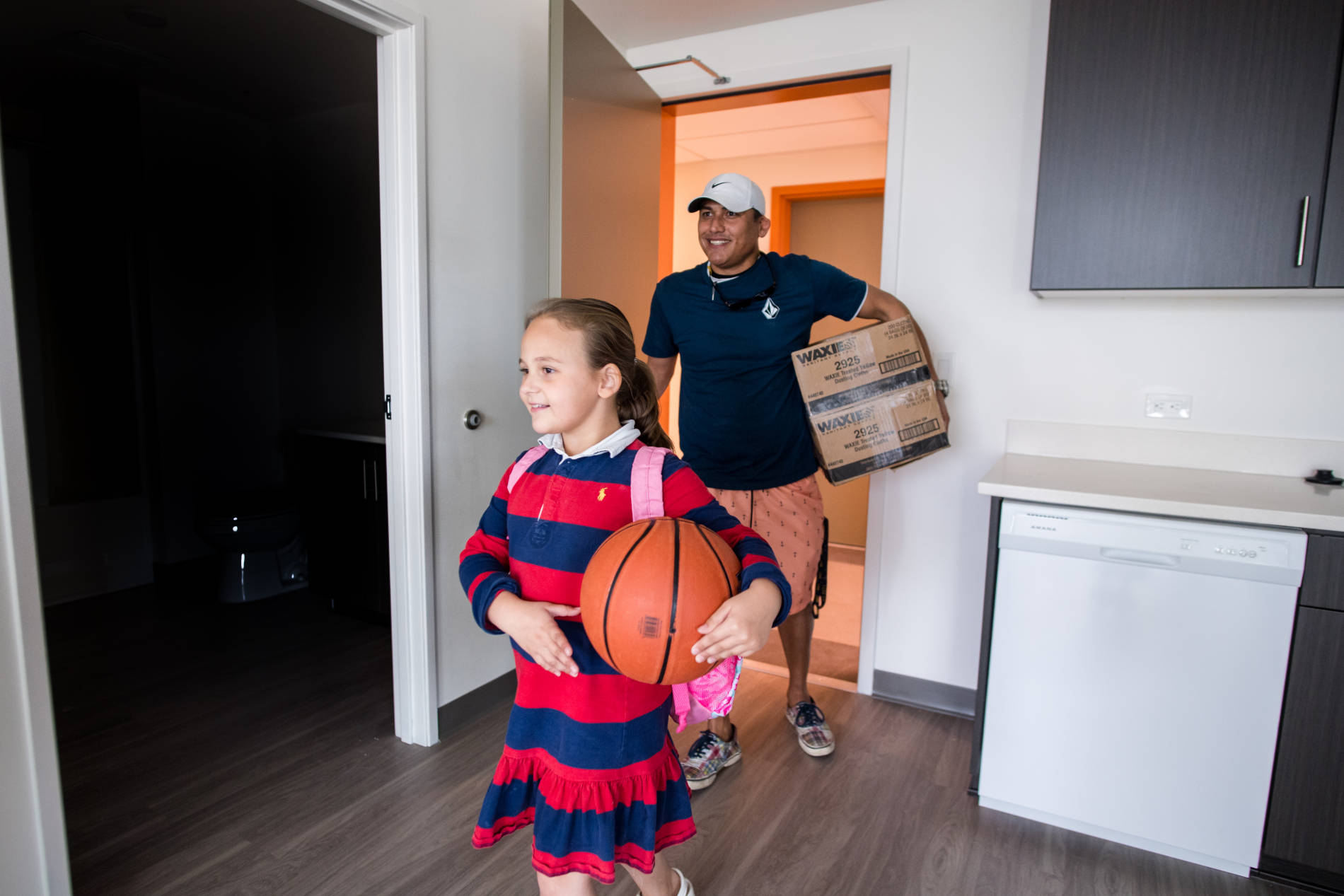 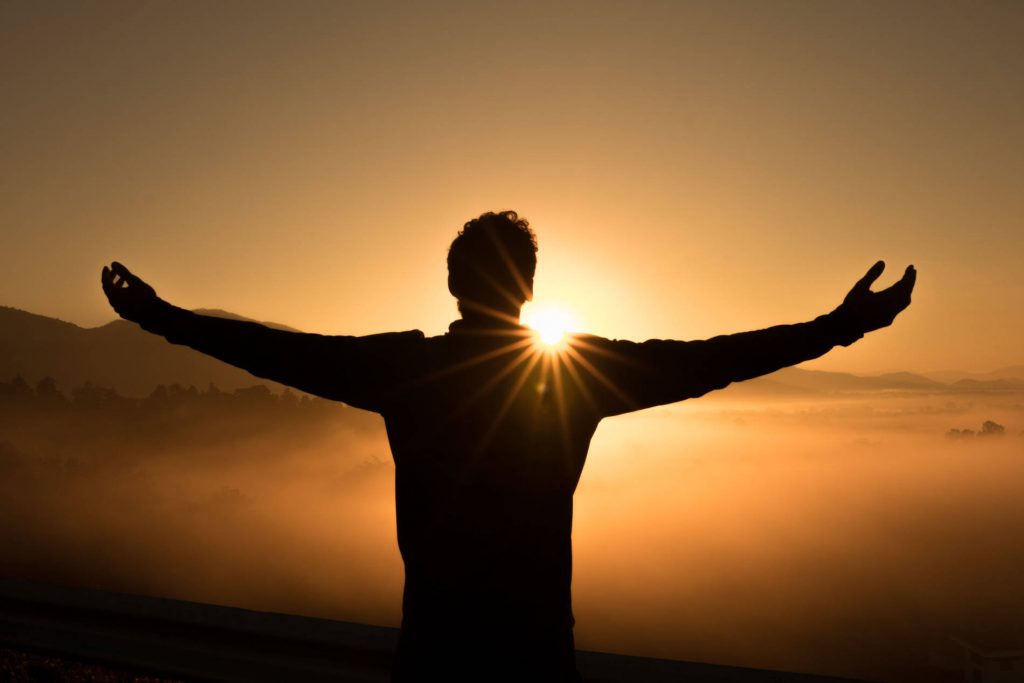 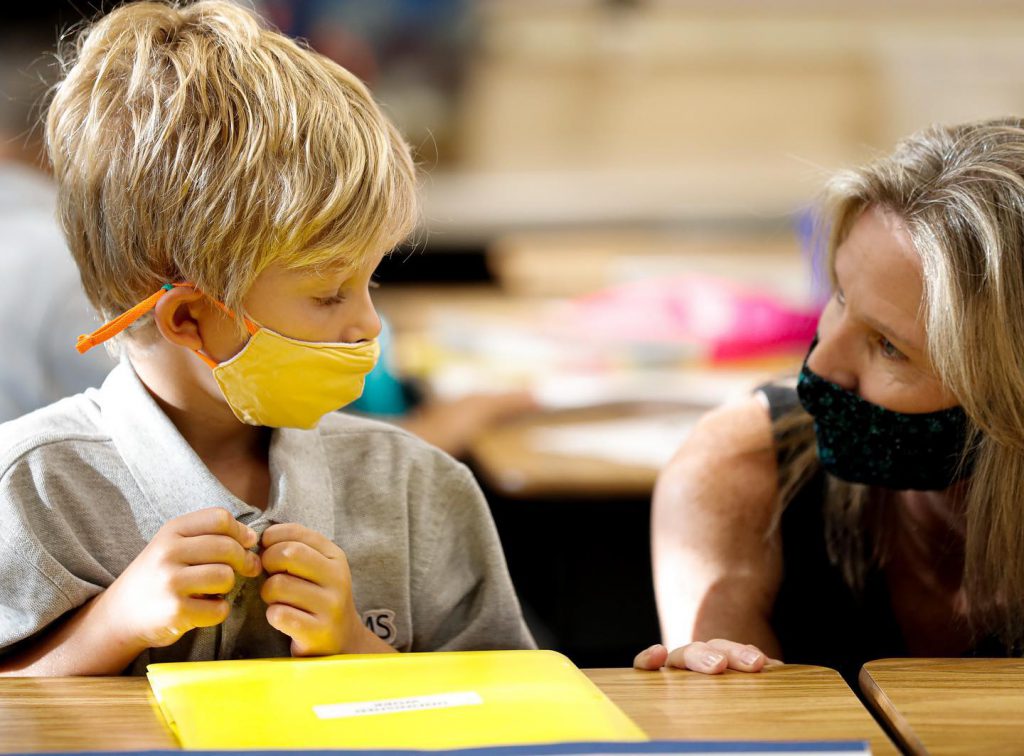 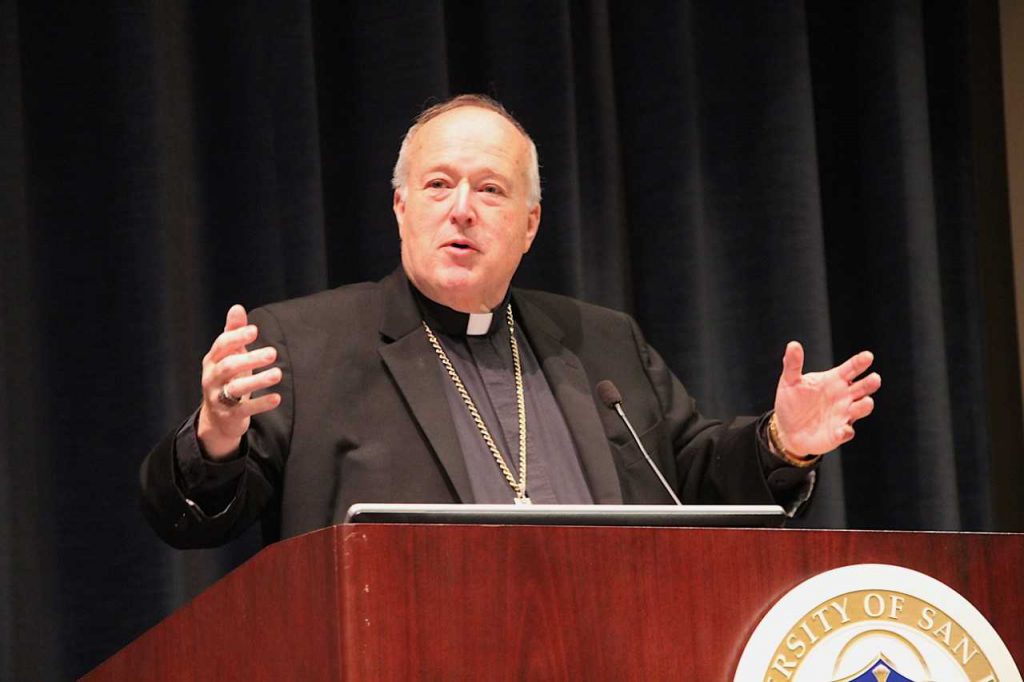 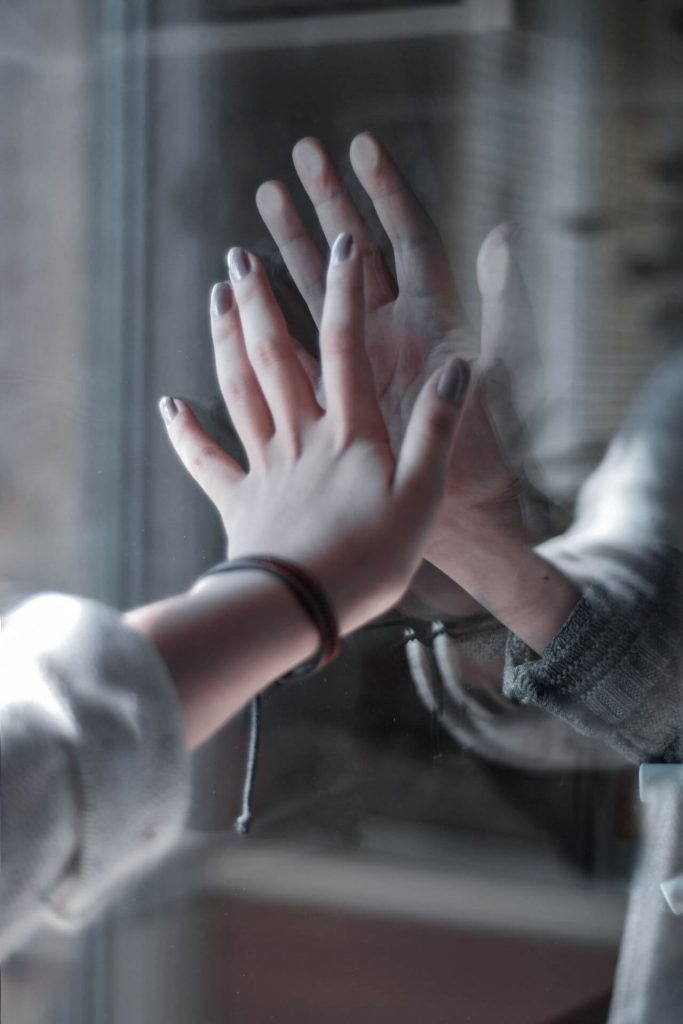 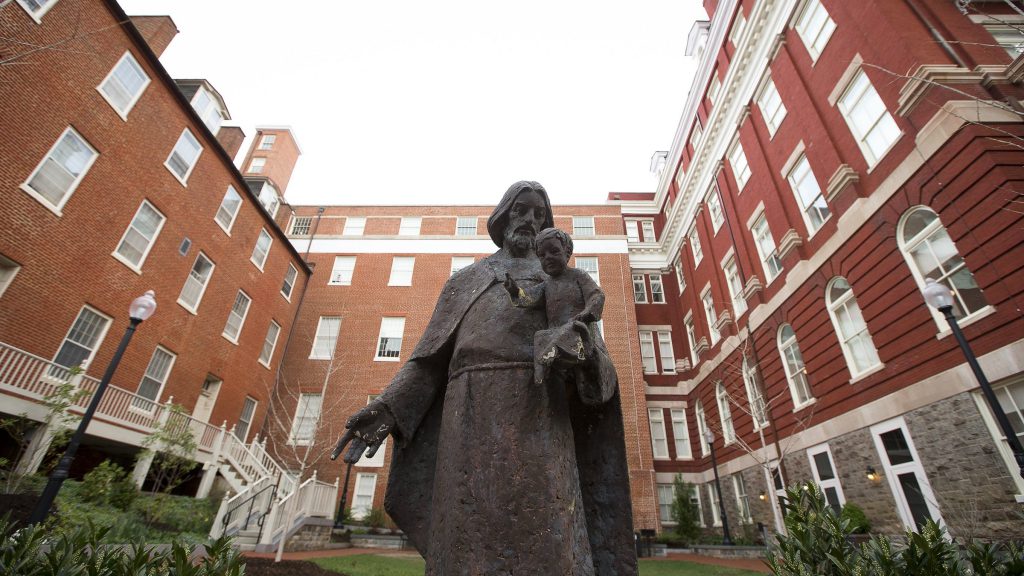 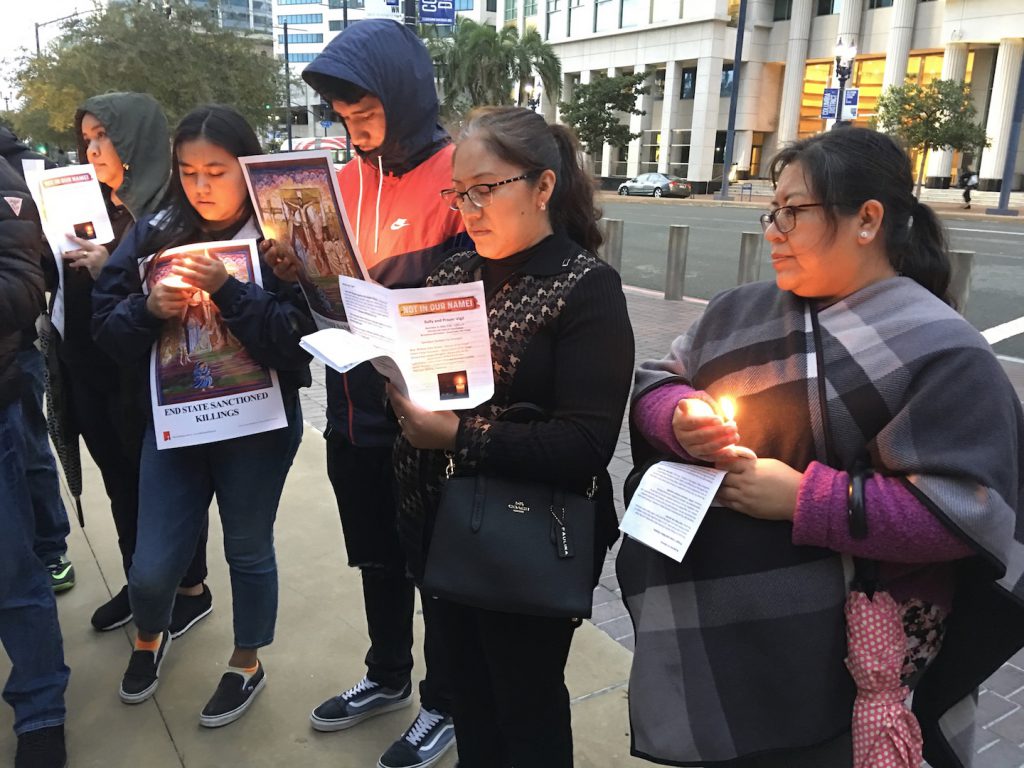