SAN DIEGO — After 15 months of the COVID-19 pandemic, a return to normalcy has come to the Diocese of San Diego.

Bishop Robert McElroy announced “with a profound sense of joy, hope and gratitude” on June 17 that, effective immediately, all restrictions on worship and all limitations on meetings and social activities had been lifted at San Diego and Imperial county parishes.

The dispensation from the obligation to attend Mass on Sundays and holy days of obligation, which has been in effect since March 2020, will end on July 1.

The majority of Mass-goers continued to wear their masks during Mass on the first weekend after the restrictions were dropped, many just learning about the change from their pastor. Many greeted the news with joy.

Lissa Hutcheson, a member of Our Lady of Grace Parish in El Cajon, reflected on what it means to see fellow parishioners’ unmasked faces at Mass.

“It feels different, lighter, more joyful,” she said after the Saturday vigil Mass on June 19.

For Hutcheson’s husband, Todd, it was especially poignant to see the extraordinary ministers of Holy Communion without facial coverings.

“You can see the joy in their face when they’re administering Christ,” he said, “and then we get to smile back at them.”

Masks are now optional, though the bishop noted the Centers for Disease Control and Prevention’s recommendation that masks still be worn by those who are not fully vaccinated.

Parishioners once again have the option of receiving Communion on the tongue, as well as in the hand. The reception of Communion in the form of the Precious Blood will be reintroduced at a yet-to-be-determined date.

Bishop McElroy said students at Catholic schools, as well as children under age 14 who are enrolled in religious education and sacramental preparation programs at parishes, should continue to wear masks. He also recommended that non-family members who bring the Eucharist to the sick and homebound be vaccinated.

Other COVID safety measures, including the removal of holy water from fonts, can now be reversed at the discretion of individual pastors.

Jesús and Leticia López have been parishioners at St. Joseph Cathedral for 26 years. On June 20, they attended the 10:30 a.m. Sunday Mass and heard that the bishop had lifted the restrictions.

How did they feel about it?

“Liberated,” answered Jesús López. “We understand why the rules were put in place. Life always presents us with challenges. The question is how we respond to them.”

The couple did not hesitate to answer what they had missed the most during the COVID-19 restrictions.

“Something fundamental to us is being able to receive Communion (on the tongue),” Leticia said. “Today, I asked the minister about it, and he said that it was permitted once more. It was exciting.”

For Bonnie Sardo, a member of Santa Sophia Parish in Spring Valley, the most meaningful change was the lifting of the social distancing requirements — originally 6 feet and, more recently, 3 feet between parishioners who are not of the same household.

“That distancing was uncomfortable,” she said. “We’re hugging people now. It’s wonderful. We need that human contact, that closeness.”

The Gospel Choir sang at the Juneteenth Freedom Mass on June 19 at St. Rita’s Parish in San Diego. It was the first time the 11-member choir had sung at the church since March 2020.

The choirmaster, Randy Glover, described what it was like to be performing again: “Exhilarating.”

He said the choir members told him singing at the Mass was special.

After the Saturday evening Mass on June 19, Santa Sophia parishioner Chris Cross expressed his appreciation for “the added freedom” of being able to worship without masks, describing it as “a blessing.”

“I think most people that wanted to get vaccinated have now had the opportunity to get vaccinated,” he said, “and we’re looking forward to life returning to normal, and that includes church.”

Cross’ wife, Bunty, said she was “very comfortable” at Mass.

“I’m very happy that I’m not sitting in a hot parking lot in 90-degree heat with a mask over my face, and I can see everybody’s beautiful smiles,” she said.

The lifting of the restrictions couldn’t have come at a better time for the couple, whose oldest daughter will be getting married at Mary Star of the Sea Parish in La Jolla in early July, inside the church and without a requirement to wear masks.

Also attending the Saturday vigil Mass at Santa Sophia Parish were Raymond and Gloria Fiedler. Gloria was wearing her mask, while Raymond’s was tucked away in his shirt pocket.

Gloria explained her reason for wearing a mask, saying that she felt “paranoid” about the vaccination status of fellow parishioners.

“It’s something that I have to get over,” she said, “and I did pretty good today.”

But, despite having taken off his own mask, Raymond said he is still exercising caution and “staying not too close to other people.”

That Saturday evening liturgy marked the Fiedlers’ third week back at their parish church after having spent much of the pandemic watching televised Masses. The difference was striking.

“I feel it more in my heart,” Raymond said of in-person attendance. “I feel more related to God than I did on the television, and it really feels good in my heart that I’m back in church and serving God the way I should serve Him.”

He would like to see more people coming back.

At Our Lady of Grace, the Hutchesons have similar hopes.

“My hope is that the community will come back in force and that everyone will feel comfortable, feel at peace here with the Lord,” said Lissa, “that they would not have any anxiety, but just let all of that go and just know that this is a place where they belong.”

Imperial County health authorities lifted most restrictions in public settings starting on June 15 to align with the state’s reopening plan.

As in San Diego, many faithful attending the next weekend’s Masses began to learn that Bishop McElroy had ended virtually all restrictions.

There’s no doubt how Mass-goers at the 8 a.m. Sunday Mass on June 20 at St. Anthony the Padua in Imperial felt when Father Alex Aquino announced the news, adding the following detail: “Mass will resume in the church next week.”

Congregants broke into applause, and some exclaimed, “Amen!”

They had been attending Sunday Mass at the parish hall for about six weeks given that temperatures were too hot outside for outdoor services.

A sampling of voices from across the Valley revealed mixed feelings about the lifting of restrictions, with most saying they looked forward to returning to some semblance of normal.

“With the videos and stuff, you didn’t feel like (you were) really going to Mass; it felt like some sort of limitation to your spiritual (well) being,” said Francesca Mallillin, a 20-year-old parishioner of St. Anthony of Padua.

She said reading the Bible on her own and praying daily rosaries with her family kept her connected to her faith throughout the pandemic shutdowns of 2020, but it wasn’t the same as being able to attend Mass in person.

“I think just seeing people outside interacting with Father on Sundays (and) just hearing music during Mass, because we haven’t had that for a whole year, that’s what I missed the most,” she said.

These things “bring life to the Church, so yeah that’s what I’m most excited about” returning, she said.

Isidro Cuen, a parishioner of Sacred Heart Mission in Heber, returned to in-person Mass about two months ago.

“I think people are starting to get more confident now even though some people are still a little bit afraid of coming to Mass,” he said. “But if you’re fully vaccinated I think you’re safe to come back to Mass. That’s one of the things that made me come back.”

He said that the thing he missed the most was the Body and Blood of Christ. “For me, that’s the peak of my faith. And I really hope to see more people coming back. We need the spiritual food.

“Don’t be afraid,” he advised his fellow faithful. “Like in the words of St. John Paul II echoing Christ, ‘Don’t be afraid. Come back.’”

More information is available on the following webpages: 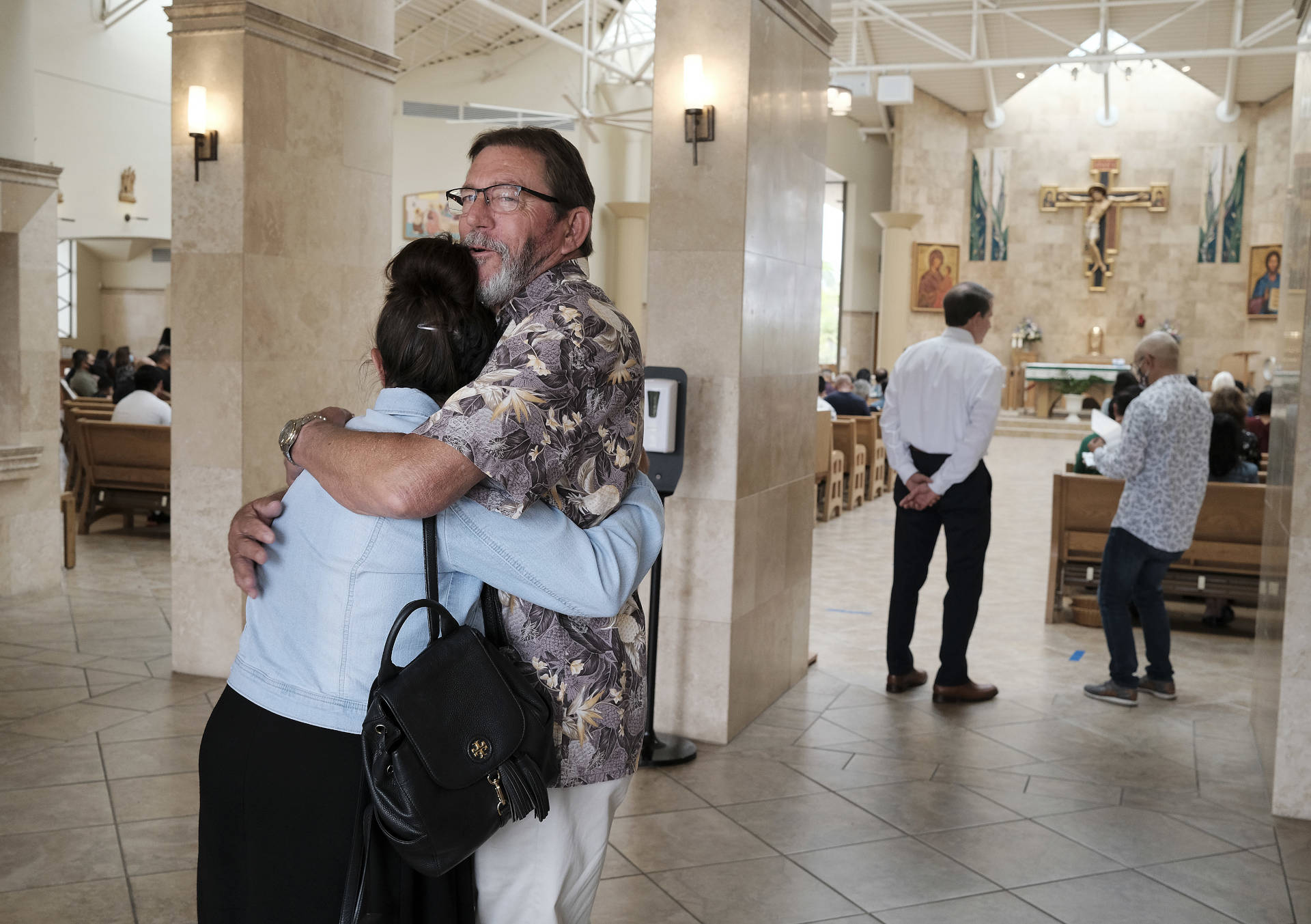 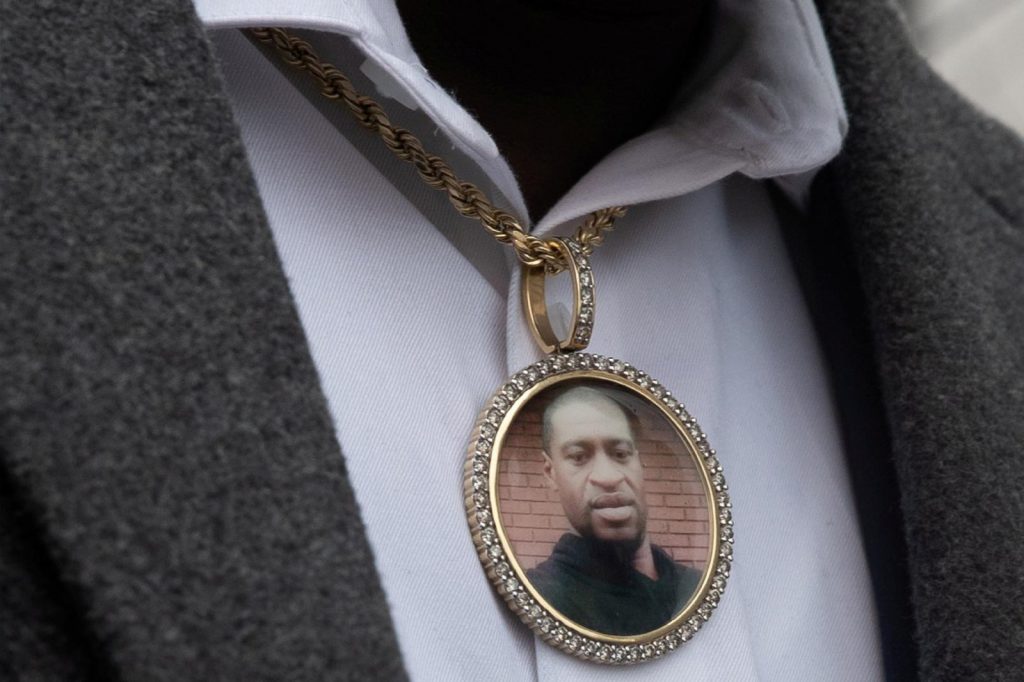 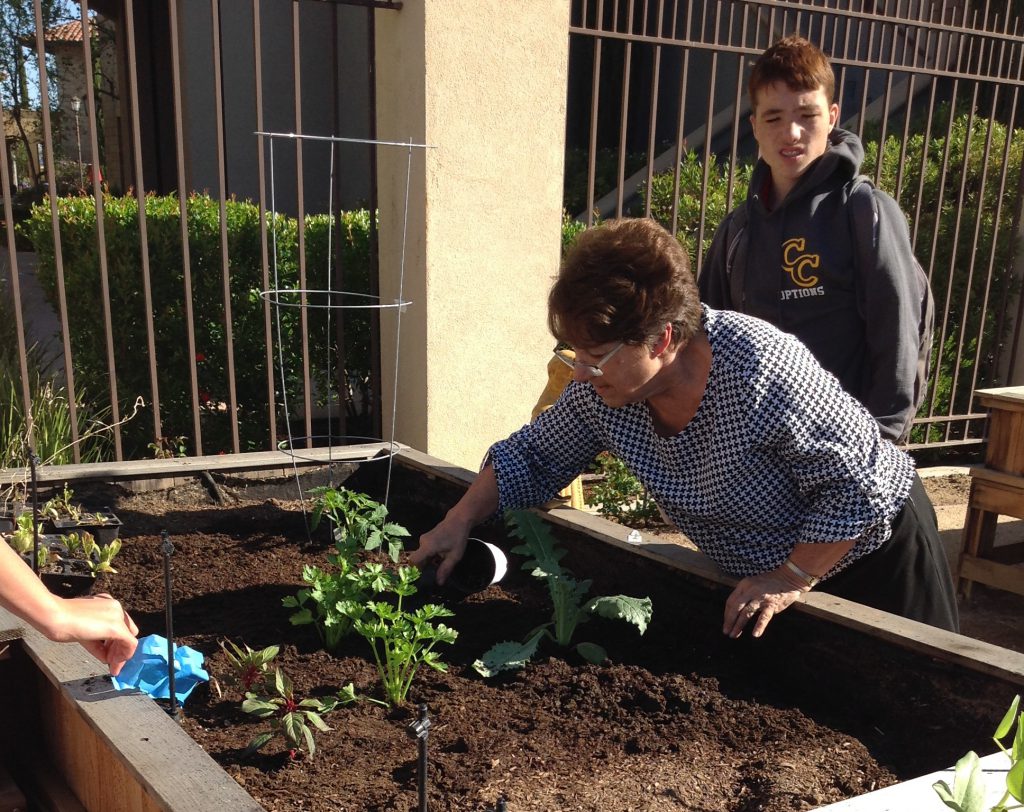 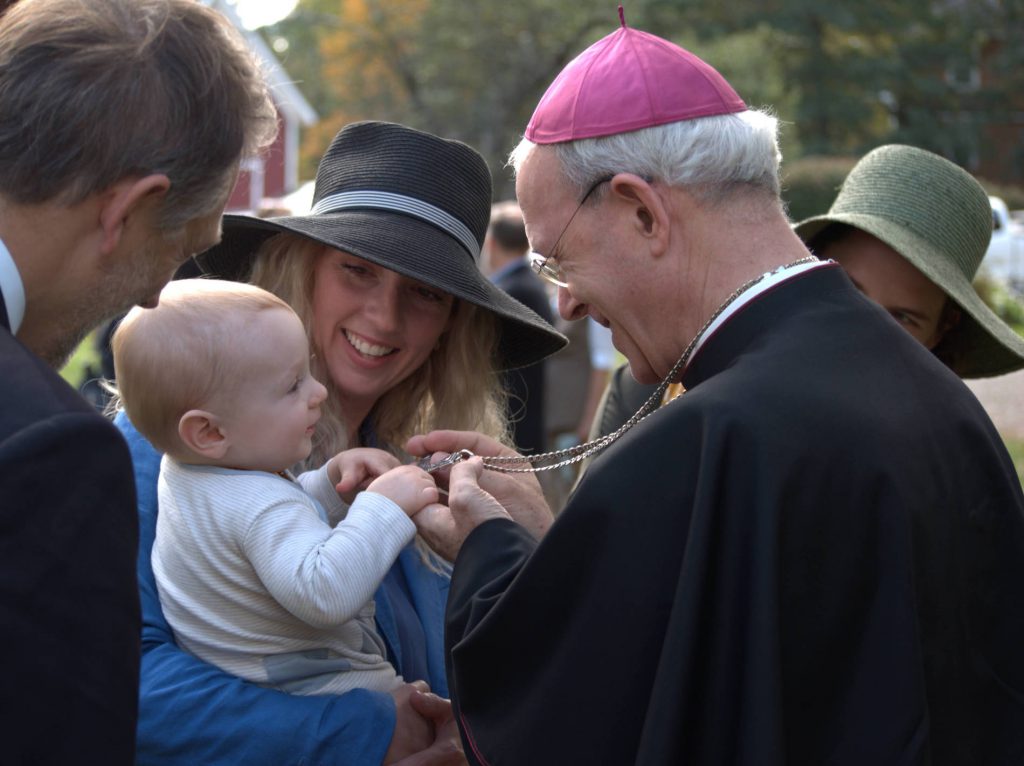 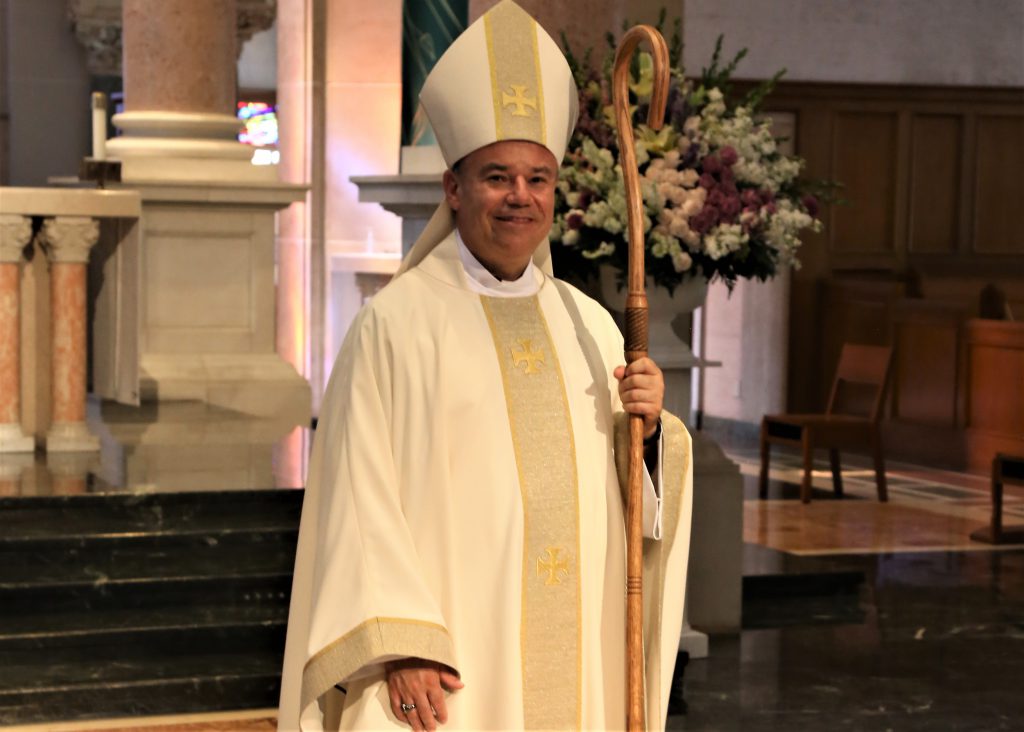 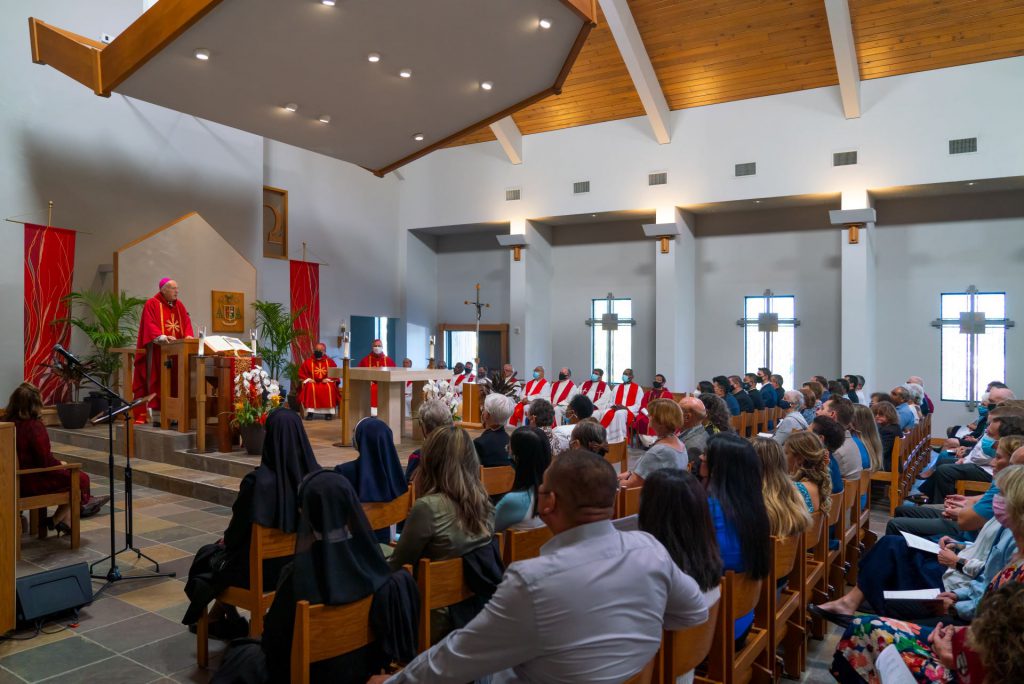 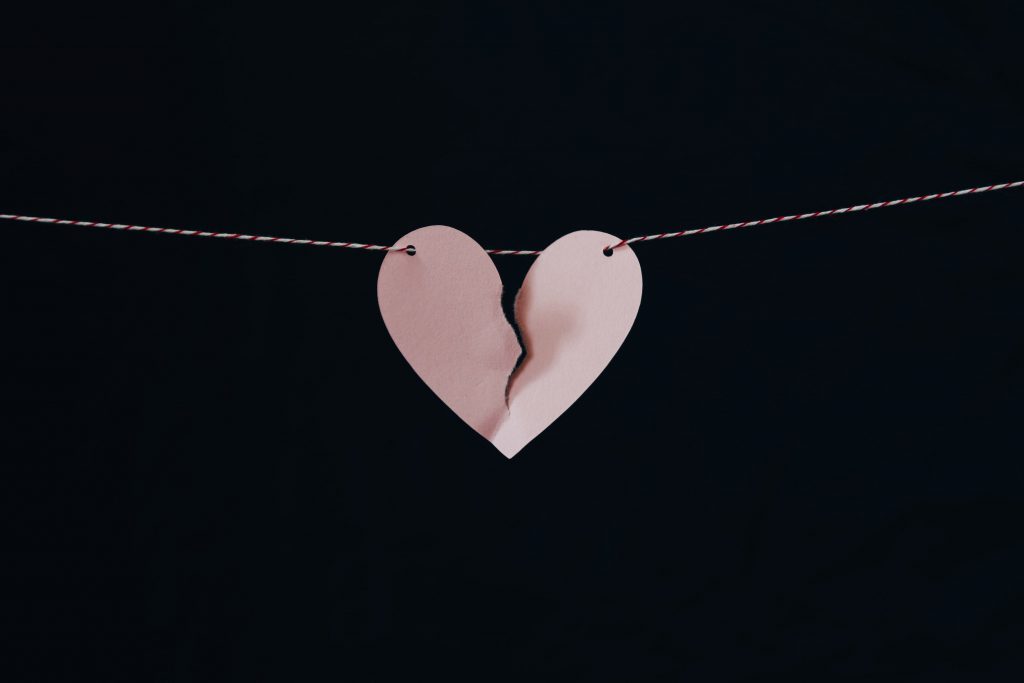