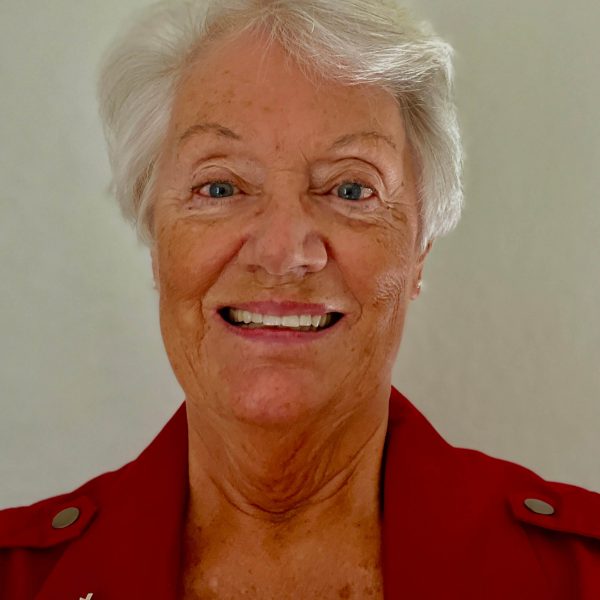 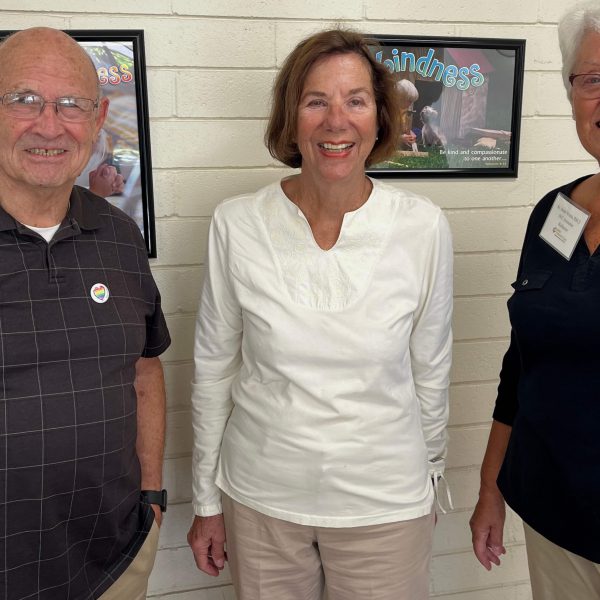 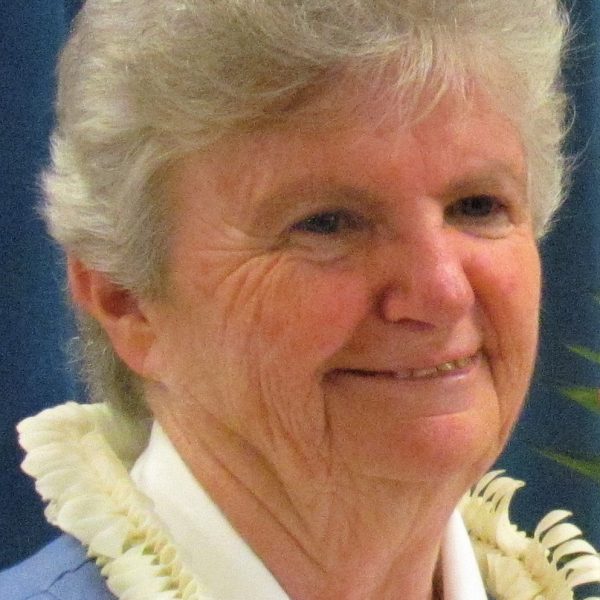 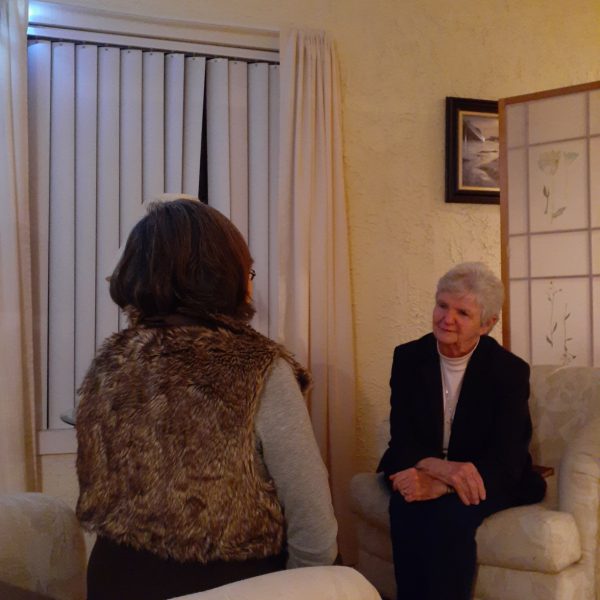 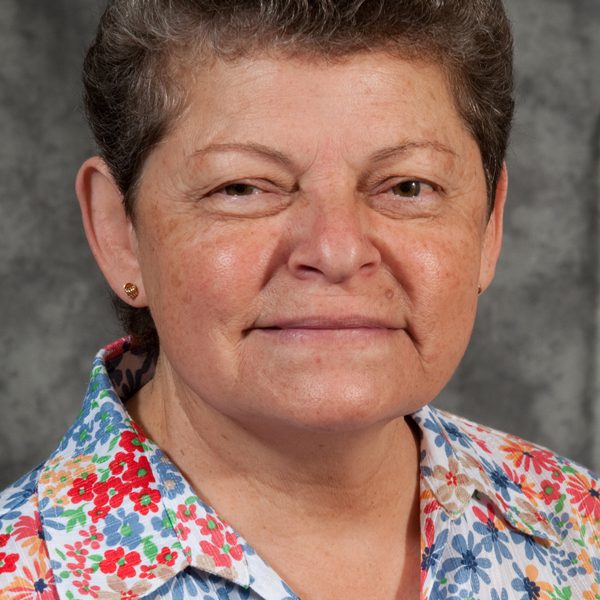 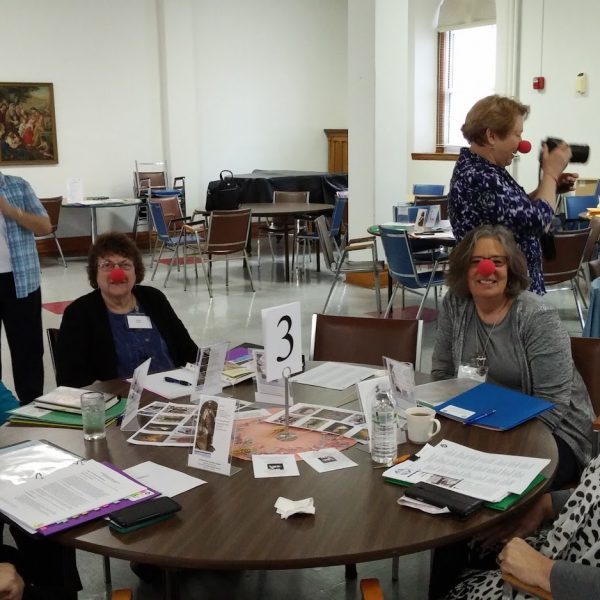 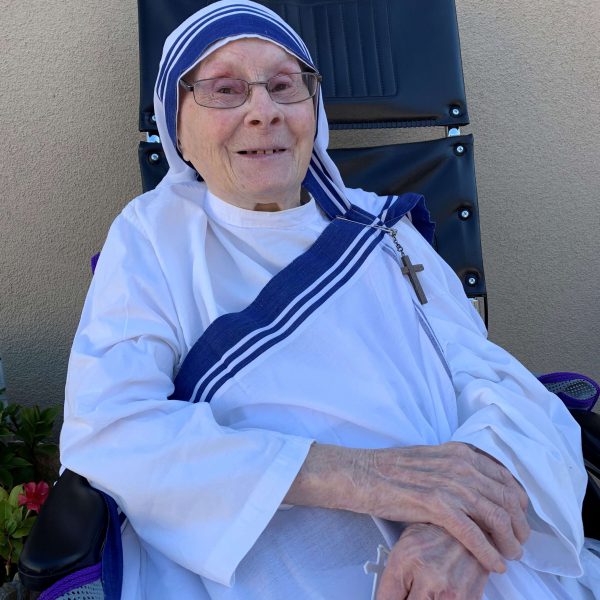 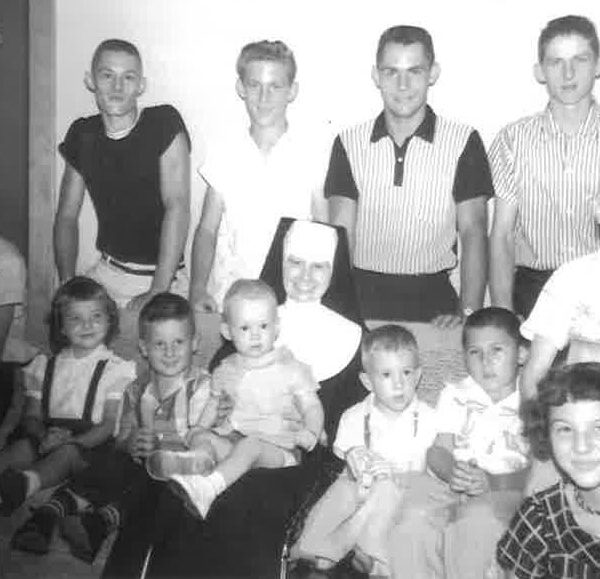 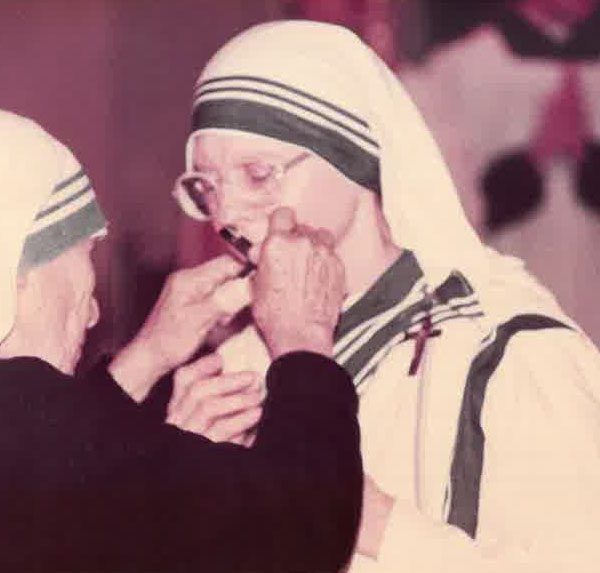 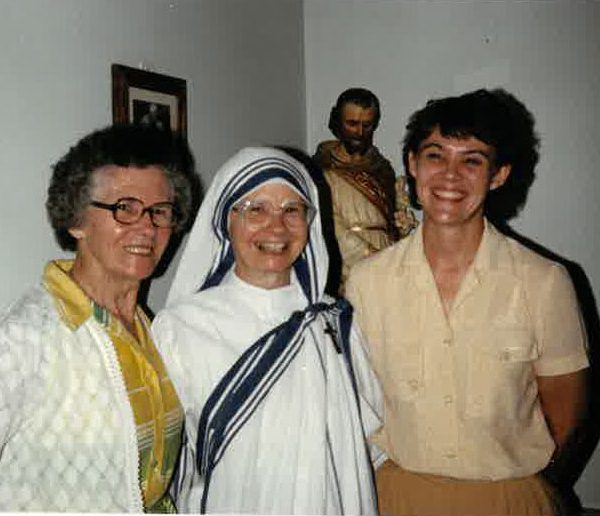 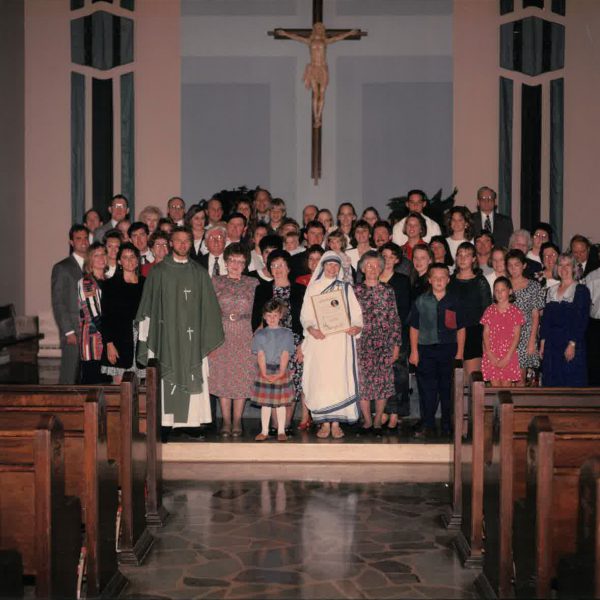 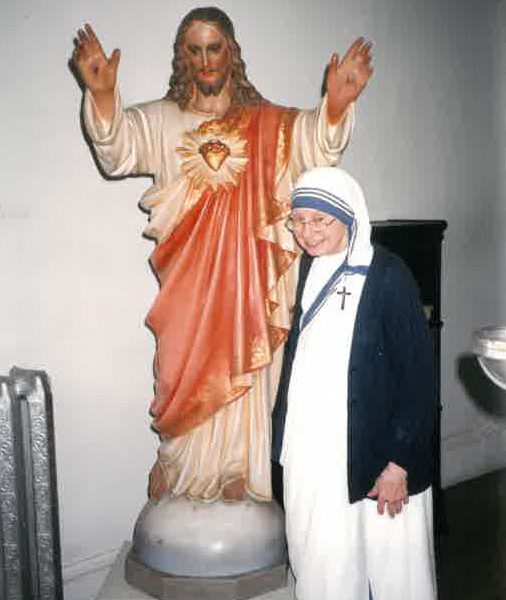 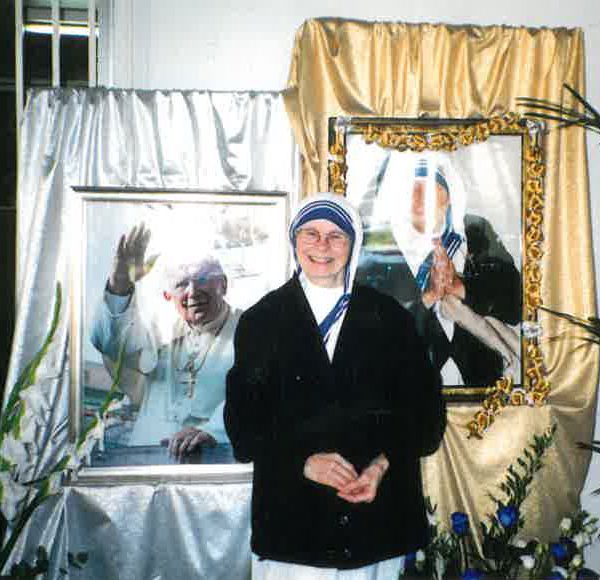 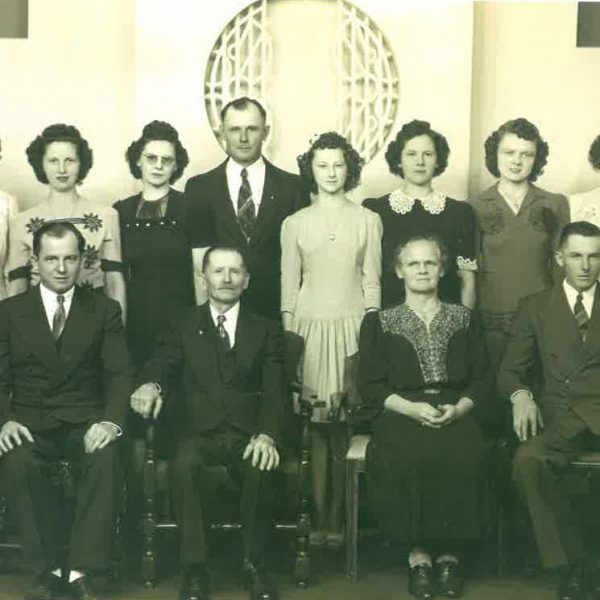 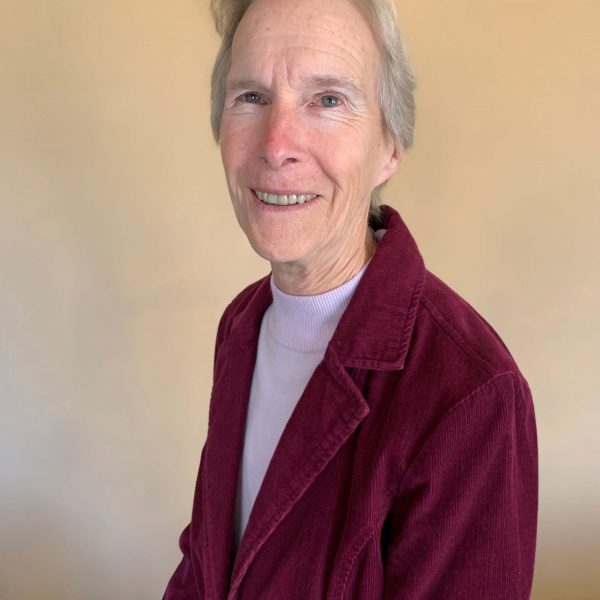 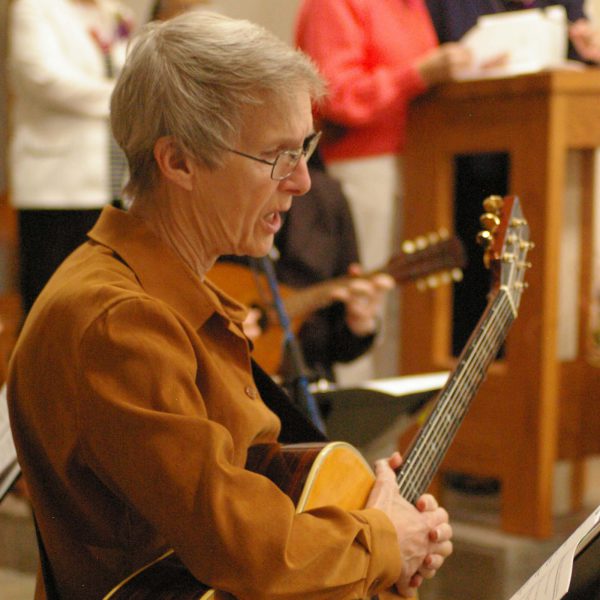 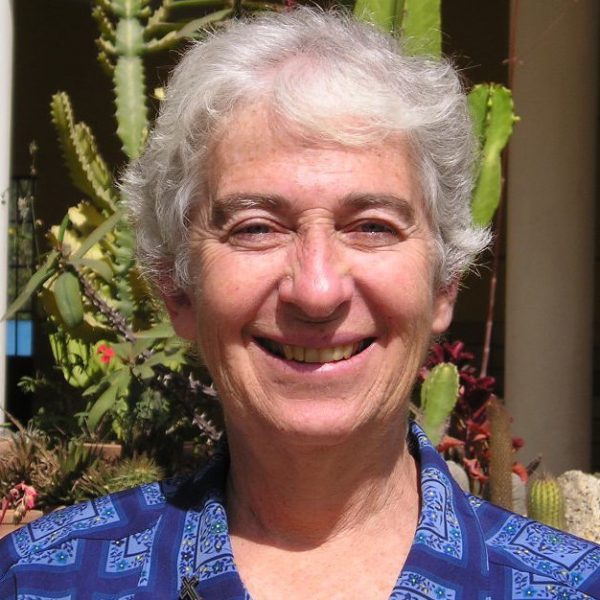 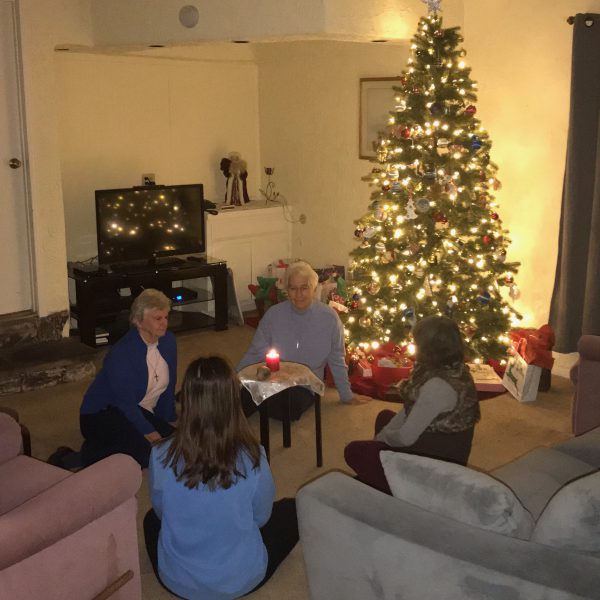 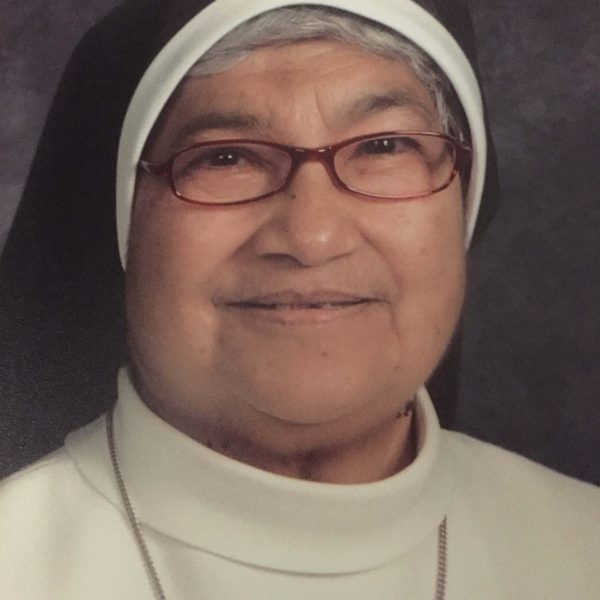 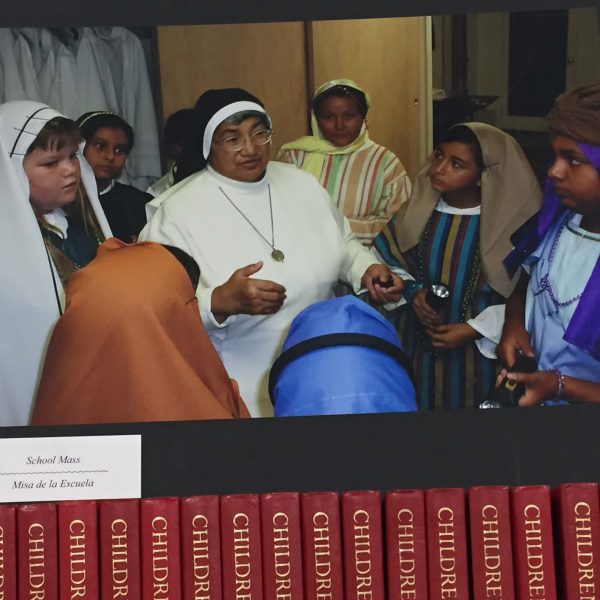 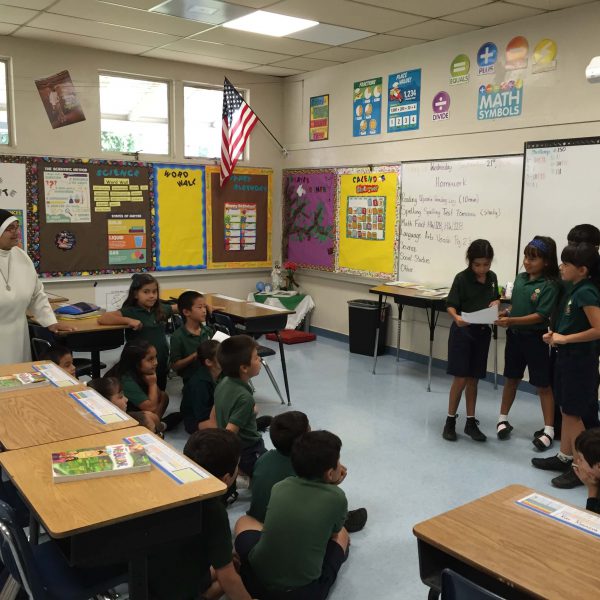 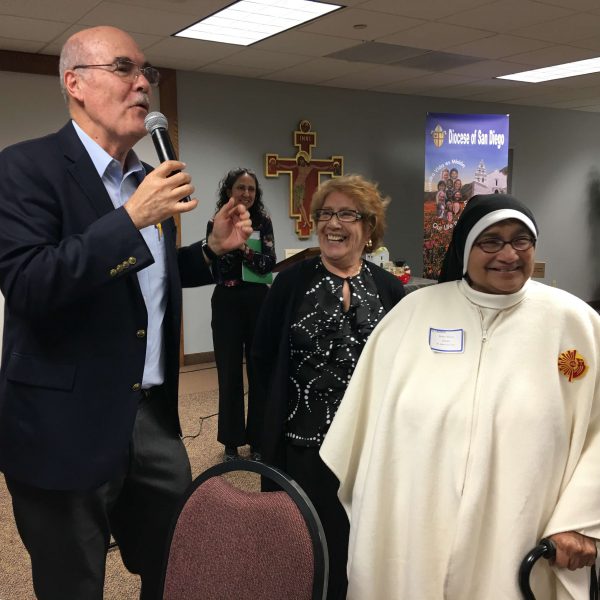 Bishop Robert McElroy will honor them during the annual Sisters Appreciation and Jubilee Celebration, which will be held March 12 at the diocesan Pastoral Center. Also recognized will be the 10 jubilarians from last year, when the event was held virtually because of the COVID-19 pandemic.

The annual event, which includes a Mass and luncheon, recognizes the presence and ministry of the 184 religious sisters who reside in the Diocese of San Diego.

“It is a true joy to anticipate an in-person celebration this year with our bishops and sisters,” said Sister Kathy Warren, OSF, diocesan Vicar for Religious Women. “What a delight to come together to share the gift of presence, joy in our vocation and the faithfulness of God.”

The following are profiles of this year’s jubilarians.

75 Years— Sister M. Czestochowa Kaczor, MC, was born to Polish parents in Omaha, Neb., the ninth of their 10 children.

By the third grade, she already knew that she would be a nun. Since that time, she has never had a second thought about her vocation.

At age 16, she entered the Franciscan Sisters of Perpetual Help in St. Louis, Mo., where she completed her studies in Education. Taking the name “Sister Anita,” she professed her first vows on Aug. 12, 1947. For the next 38 years, she taught Catholic elementary school students; she especially loved working with children.

In 1982, she read a newspaper article about Mother Teresa of Calcutta and felt an attraction for Mother Teresa’s simplicity of  life. With the help of a priest, she wrote to the Missionaries of Charity  sisters in the  Bronx,  N.Y. She attended a  ”come-and-see” experience to learn more about the community and how its members live. There, she spoke with Mother Teresa and received permission to join the Missionaries of Charity’s contemplative branch in  July 1982 and made her perpetual vows on Dec. 12, 1985.

Because of her Polish heritage, she was given the name “Sister Czestochowa,” after the famous icon of Our Lady of Czestochowa in Poland that was celebrating its 600th anniversary that year. She loved her religious name and eventually would officially change her legal documents to reflect it.

Sister Czestochowa has been assigned to various mission houses in the East and West Coast Regions, including in Brooklyn and the Bronx, N.Y.; Mahanoy City, Pa; Washington D.C.; Chicago, Ill.; Alhambra and San Diego, Calif.; and Tijuana, Mexico. She has served as a formator for young sisters and twice as a superior of local communities.

As both a Franciscan Sister and a Missionary of Charity, Sister Czestochowa said she has most enjoyed the prayer life as well as recreation time with her community. Her Franciscan Sisters have continued to keep contact through the years by sending their newsletter.

After 75 years, Sister Czestochowa said that prayer has sustained her in her religious vocation.

Sister Czestochowa, who turned 94 in February, said she “thanks God every morning for my life and all God’s gifts” and prays every night that, when this life is over, she will experience eternal life in God’s presence.

— Sister Teresa Gomez, HMSS, is a Mercedarian Sister of the Blessed Sacrament.

Born in Corpus Christi, Texas, she grew up in San Diego. In her youth, she attended Our Lady of Guadalupe Parish in Barrio Logan, where she witnessed firsthand the needs of her community – the poor, the lonely, migrants and the underprivileged – as well as the sad reality of racism.

Sister Teresa said God used these experiences “to entice me into His Service.”

For her senior yearbook, she was asked to share her plans for life after high school graduation. While fellow classmates revealed their intention to attend college or expressed hopes of getting married, she wrote that she was going to be a nun.

“Would I give any of them up? Are you kidding? This is for life and just seeing so many of our kids, now grown up and serving in so many ministries – even as priests and religious – one cannot but give thanks to Our Lord for having used me as His servant.”

Sister Mary Jane is a Family Nurse Practitioner and has a master’s degree in Social Work. In addition to serving in formation and leadership within her congregation in the United States, she has also ministered abroad.

From 1968 to 1979, she was assigned to Bougainville, Papua New Guinea, where she served as a nurse at a remote health center. From 1988 to 1992, she served again in Bougainville as a community coordinator of women’s training programs and leadership also spent time in the Pacific island nation of Kiribati, where she researched social problems on behalf of the Kiribati government.

From 1981 to 1987 and again from 1994 through 2001, she served in the United States in leadership roles for her congregation, including formation directress and provincial councilor. In January 1999, she became the provincial superior of the Americas and, in November 2001, was elected to be on the Marist Missionary Sisters’ general council in Rome.

Upon completion of her service, Sister Mary Jane went on a sabbatical. In 2009, she was assigned to California, where she ministered as the chaplain at Martha’s Village and Kitchen in Indio. Since March 2020, she has been assigned to Mary’s Guest House in Chula Vista, where she ministers with another sister at a shelter for female victims of human trafficking.

Sister Mary Jane said God has given her a very full and rich life as a missionary. She is grateful for all the people who have come into her life, and she said she has learned much by working and living in other cultures.

Her six decades in religious life have included ministry in teaching, formation, leadership within her congregation, and accompanying others through retreats and counseling. She said these ministries have been a source of great blessings, challenges and growth.

She recalls a favorite Scripture passage: “Glory be to Him whose power, working in us, can do infinitely more than we can ask or imagine” (Ephesians 3:20).

“These ministries have taken me to places I had never heard of, and I have encountered the face of God and experienced God’s love in a magnificent tapestry of people, places, and circumstances,” she said. “For this incredible journey of 60 years, I give thanks and glory to God, my family, community, friends and all who have inspired and supported me through the many graces and challenges of these years.”

50 Years— Sister Mary Dietz, SSND, professed her first vows with the School Sisters of Notre Dame on Jan. 9, 1972, in her hometown of St. Louis, Mo.

During the next 40 years, she taught every grade level from kindergarten in Nepal and elementary grades in the Midwest, to high school in West Africa and university classes in California.

Because of her missionary experience, she was assigned to direct the mission development office of her congregation and later worked with the Missionary Childhood Association in the San Diego Diocese’s Office for the Missions. She left that position to become director of the Missions Office in the Diocese of Orange. Today, she continues her missionary support through mission appeals each year in the San Diego and Orange dioceses and the Archdiocese of Los Angeles.

Currently residing in San Diego, Sister Mary is establishing a U.S. archives for the Sisters of Nazareth. Having Master Catechist credentials from the Belleville Diocese in Illinois, she also makes herself available for parish speaking engagements, retreats and spiritual direction.

After 50 years of vowed life, Sister Mary treasures her future as “this disciple who testifies to these (works of God) and has written them, and we know that (her) testimony is true” (John 21:24).

She entered the School Sisters of Notre Dame in 1969 and professed first vows in 1972, in St. Louis, Mo.

After receiving a bachelor’s degree in American Studies from the former Notre Dame College, St. Louis, in 1973, she returned to San Diego and taught primary grades for seven years at Holy Family School, St. Jude Academy and St. Rita School. She was then missioned to teach in St. Louis for two years before returning to California.

Sister Guadalupe spent the next 30 years in schools in the Archdiocese of Los Angeles. There, she taught at the elementary and secondary levels. She also served as an academic counselor at two high schools.

In 2013, she returned to San Diego while serving as co-director of the Associates of the School Sisters of Notre Dame Central Pacific Province.

“I am grateful for my years in SSND, where I have been challenged, stretched, mentored, supported and encouraged to trust in my gifts and abilities,” she said. “The people I have lived, served and ministered with these years have all blessed my life.”

— Sister Anne Wente, RSCJ, has been a member of the Society of the Sacred Heart since 1969.

After teaching in Lake Forest, Ill., Sister Anne earned a Master of Divinity and accepted a position at Loyola University Chicago as a university chaplain and an instructor in Women’s Studies and Theology from 1976 to 1983.

After completing her training at the Jesuit Spirituality Center in Ohio, she worked on the staff briefly before enrolling in the Doctor of Ministry program in Pastoral Psychotherapy in Evanston, Ill.

She did her residency at Lutheran General Hospital and joined the Pastoral Counseling Center there from 1984 to 2015, with an outreach office with the churches in the northern suburbs of Chicago. She continued her ministry with eight-day Ignatian retreats.

Since 2015, she has become more active with the Ignatian Volunteer Corps, assisting retired and semi-retired members to share their expertise in a variety of opportunities, to meet monthly for shared reading, reflection, prayer and community.

“I have valued the call to trust the Spirit in my life and our world, to join others in seeking compassion and a better world for all,” said Sister Anne.

The preceding jubilarian profiles were updated on March 9, 2022, with additional biographical information. 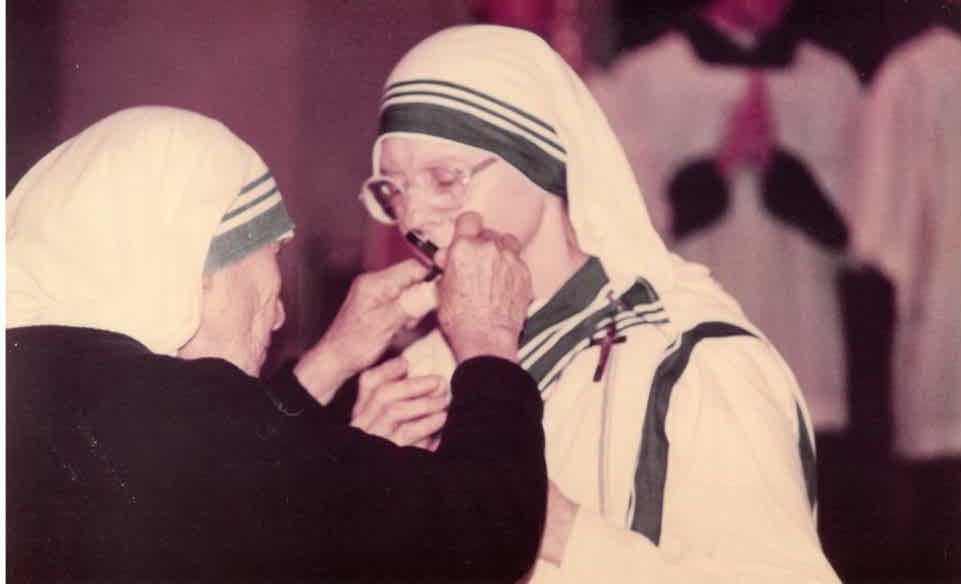 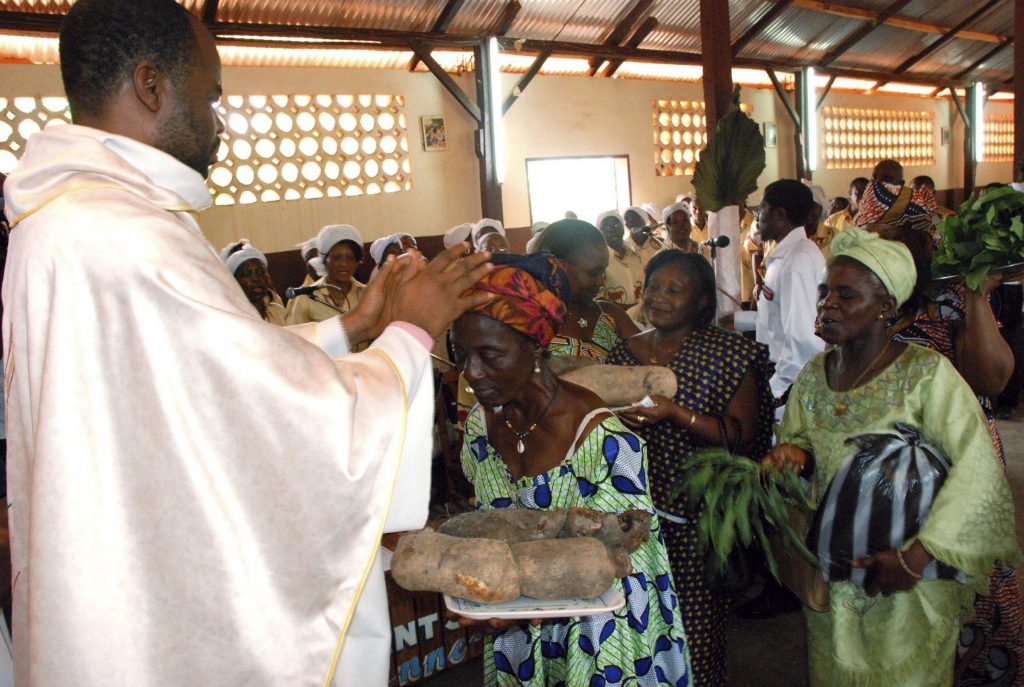 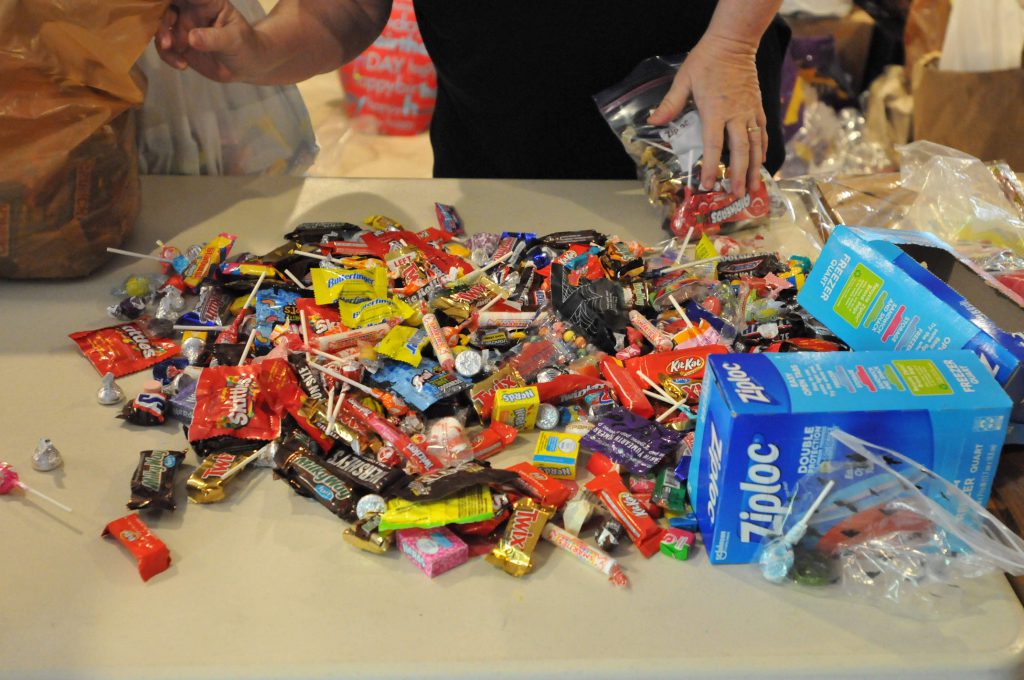 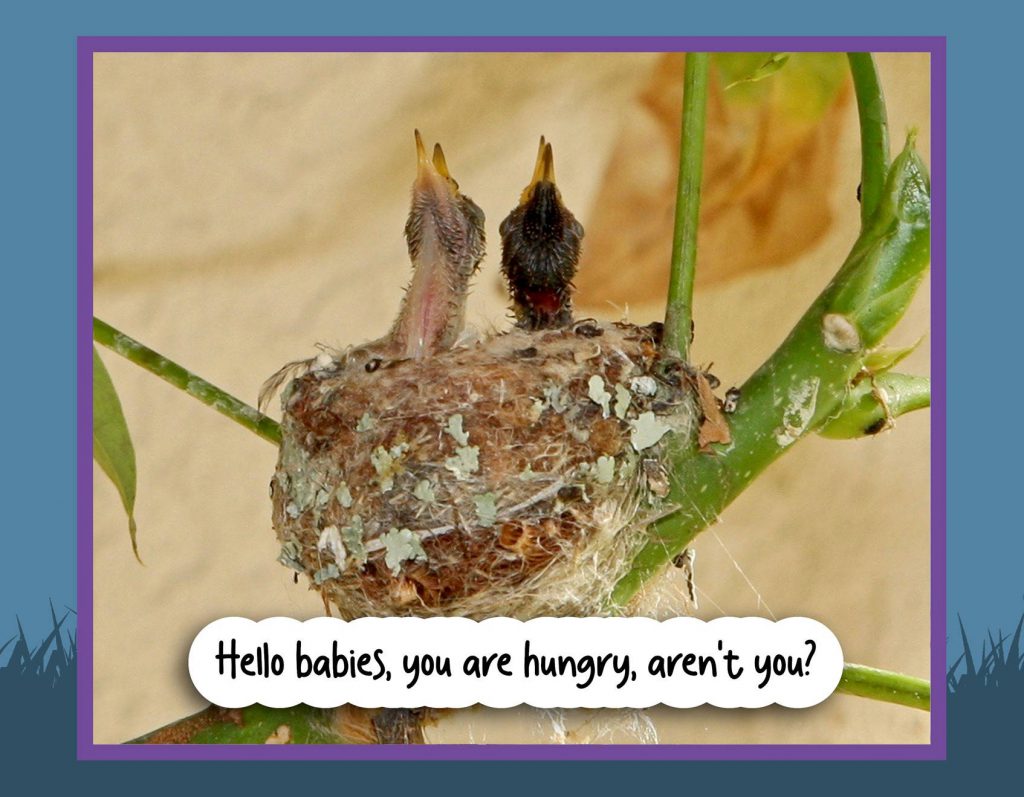 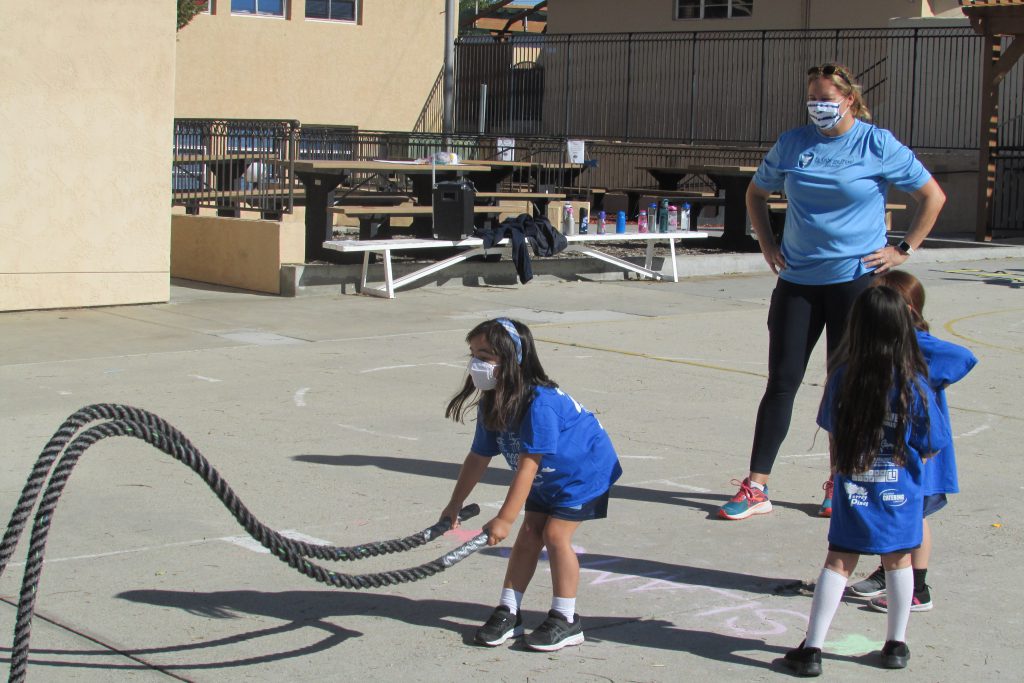 Catholic schools are ‘no other safer place for students’ 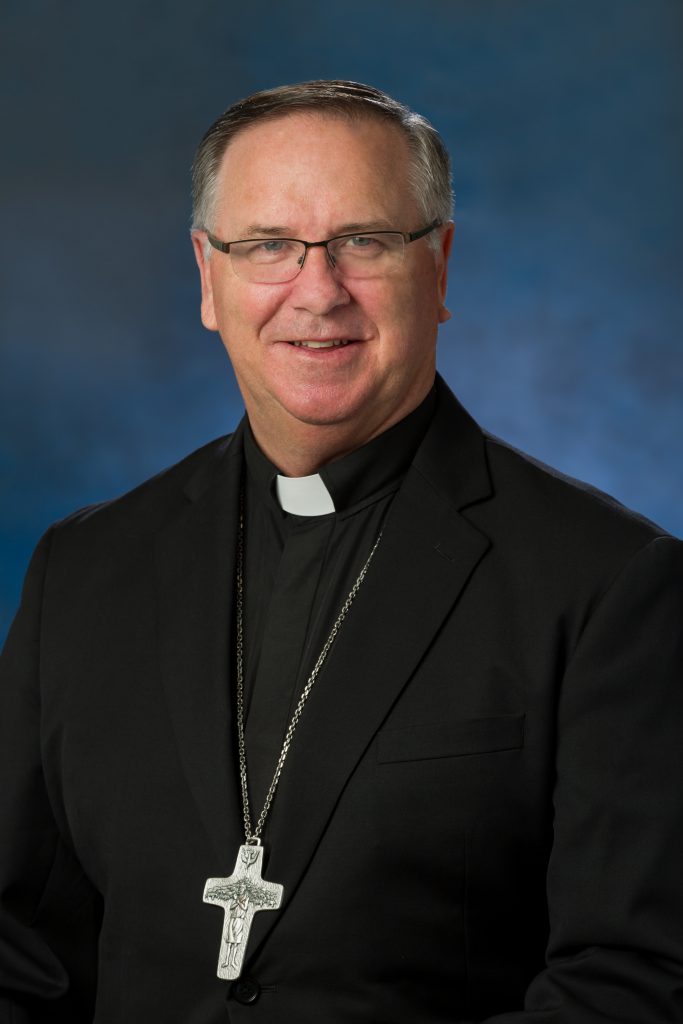 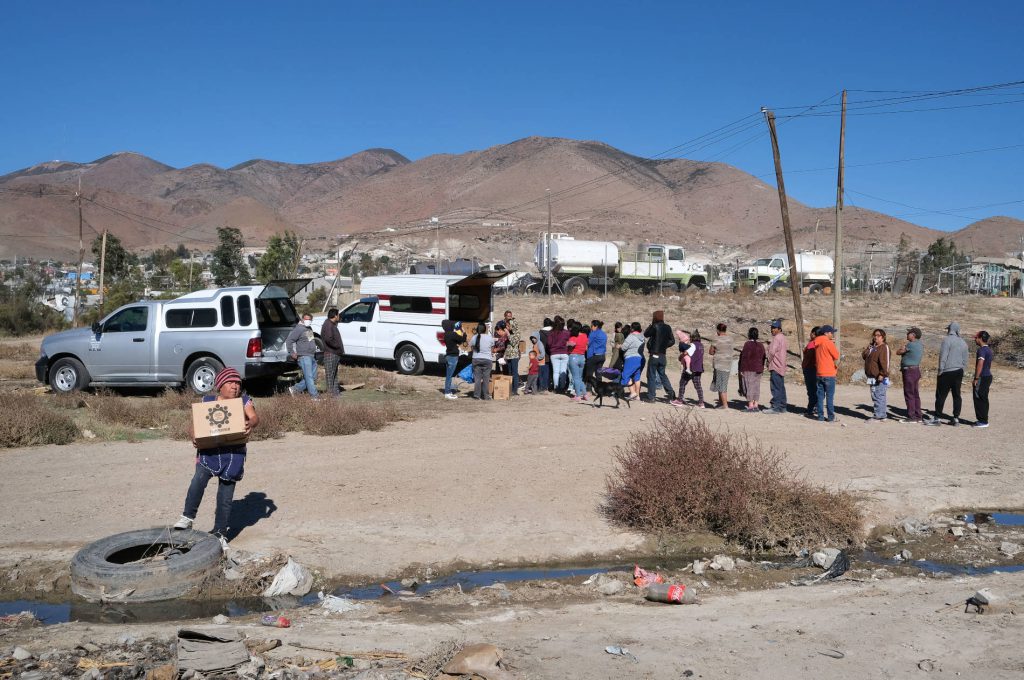